Another summer ended. It was as though all the dead autumns were the same, with their relentless insistence on returning. Autumn was here again. Nailed to the rock wall, from the ground to the top of the cliff, autumn was a surge of fiery leaves that would be snatched away when the sulphur-bearing wind returned, grown old and icy. Leaves fell on the village streets and on the river that carried them away. Swirling in whirlpools, they drifted to the clock tower, as far as Pedres Altes. They tumbled down, still bearing the scent of their former, tender-green selves. The sickly stems that had held the leaves all summer were now devoid of water, and they thudded to the ground as well. The leaves were blown down and swept away. We waited for the last to drop so we could rake them into piles and set fire to them. The fire made them scream. They screamed in a low voice, whistled even lower, and rose in columns of blue smoke. The smell of burnt leaves pervaded houses and air. The air was filled with the cessation of being. If the leaves burned too slowly, we poked the pile with a cane, lifting one side so the flame could leap upward. Little by little, spring died in autumn, on the round stones in the Plaça. Soon the first, small rain would extinguish the last warmth and unpaint the houses. Everything pink faded, vanishing in black trickles. The village was a different village with no leaves and no color. A village of weary, decaying houses, clustered together above the water, embedded in Senyor’s mountain. 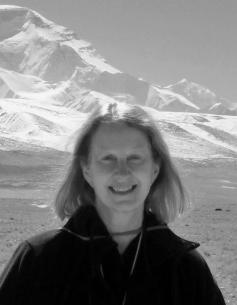