Visat núm. 1
(gener 2006)
by Geoffrey J. Walker
Joan Gili is a fine example of the true Anglo-Catalan. Since his arrival in this country he has experienced to the full the pleasures and the pains that attend the most difficult condition, genuine dual nationality. Over the past fifty-four years he has acquired the culture, the tastes, the humour, the language, the manner of an Englishman. But this has been no mere exchange of old for new, for in the process he has lost nothing of his Catalan identity and personality.

His affection for England and his understanding of all that Britain means has not in the least replaced his love of his homeland and the Catalan people, whose values and aspirations are as much part of his everyday life in his Oxfordshire home as they could be if he lived anywhere in the Països Catalans . His remarkable command of English has not come at the expense of the slightest diminution of his linguistic feeling and skill in his native tongue; and he is as familiar with current ideas and events, for example in art and literature, in his native Barcelona as in London . Joan reacts to life with the warmth, the spontaneity and the earnest concern of Mediterranean man while tempering all with the practicality, the objectivity, the moderation of the man of the North.

Books have always been in Joan Gili's blood —grandson of one publisher, son of another, nephew of another (Joan, Lluís and Gustau)— and indeed it was his youthful passion for English literature that first brought him to these shores. Joan's particular interest at that time was the English short story and his correspondence with Henry C. Warren on the subject led to his first visit to London in 1933. Soon afterwards he took the momentous decision to make his life in England . There followed acquaintance and friendship with figures such as Stephen Spender, Hermon Ould, Kingsley Martin, V. S. Pritchett, Alan Rawsthorne, Richard Church, Harry Blech, etc. But Joan's line to Barcelona was never severed, for back down it there flowed articles and commentaries on English literature which were published by his friend, later his brother-in-law, J. V. Foix in La Publicitat . There were also regular “letters from England ” and occasional translations into Catalan of pages from D. H. Lawrence, Katherine Mansfield, T. S. Eliot and other modern writers.

But Joan also had an eye for business, and in April 1935 he opened the Dolphin Bookshop in Cecil Court , off Charing Cross Road , London , specializing in Spanish and Catalan books. This venture not only filled a notable gap in the British book trade but it took Joan into a long and successful career as this country's leading Hispanic bookseller. His marriage in 1938 to his charming British wife, Elizabeth, sealed a romance which nearly fifty years on still remains idyllic. Elizabeth , too, has become truly Anglo-Catalan, partnering Joan in all his business and literary enterprises as well as running an international household and raising an Anglo-Catalan family of two sons and a daughter.

The Spanish Civil War and its aftermath affected Joan deeply. Although he lived the war at a distance, it proved traumatic for him and he readily felt a sense of unity and solidarity with the Catalan exiles from Franco's Spain who came to live in Britain —Trueta, Pi-Sunyer, Batista i Roca, Gerhard, Manyé, Vilanova, etc. From that time on Joan has had a place at the centre of the Catalan cultural scene in Great Britain , acting, for example, as Secretary of the Jocs Florals de la Llengua Catalana in exile held in London in 1947, with Elizabeth as the Reina de la Festa . With good reason Carles Riba, who dedicated one of his Elegies to Joan and Elizabeth, dubbed him Catalan “Cònsul Cultural a Anglaterra”! And years later, in 1983, President Pujol rewarded his services to Catalonia by decorating him with the Creu de Sant Jordi . Joan was, of course, a leading member of that small group of English and Catalan friends who in 1954 founded the Anglo-Catalan Society, the purpose of which was —and continues to be— to promote knowledge of Catalonia and Catalan culture in Great Britain and elsewhere. Joan and Elizabeth have been fervent and loyal members, and Joan has served regularly on the Committee and as President for a four-year term. In 1979 he was elected life President d'Honor of the Society in succession to J. M. Batista i Roca . For nearly half a century Joan and Elizabeth have given generously of their time, their expertise, their hospitality and their resources to help scholars, students and indeed anyone interested in the history and culture of Catalonia and Spain. In 1970 the Association of Hispanists of Great Britain and Ireland made Joan an honorary member of their Association; and in 1986, following the visit of King Juan Carlos I to Oxford , Joan was made by him a Comendador de la Orden de Isabel la Católica .

The fullness of Joan's early literary ambition was frustrated by the events of 1936 to 1945, but his talent soon revealed itself strongly in the traditional way of his family. The Dolphin Book Company, transferred from London and established in Oxford in 1940, had by now become not only a bookseller but also a small publishing house specializing in producing high quality editions of works of Hispanic interest. Joan himself has directed all the publications, designing the books physically and advising the authors on the presentation of their manuscripts. Some of Joan's own work, too, has been published by Dolphin. His Catalan Grammar (1943) is a standard work for English-speaking learners of Catalan throughout the world. But there have also been his most accomplished translations of Carles Riba's Poems (1964), his Forms and Words (1980) (translations of a collection of poems by Espriu), and his editions of two 15 th -century Catalan manuscripts, found by Joan himself, Lapidari (1977) and Lo cavall (1985); for, beginning with the purchase of Foulché-Delbosc's library in 1939, Joan has also become one of the leading specialists in Hispanic antiquarian books and manuscripts. His own collection, containing rarities such as Els usatges de Barcelona of 1490 and the 1507 edition of the Llibre del Consolat de Mar , is perhaps the most important one of its kind in private hands. It is to Joan Gili that collectors all over the world turn for specialist and rare items; to their chagrin they may find that not everything he has is for sale!

The art of the translator has always been close to Joan's heart. Since his youthful apprenticeship with Josep M. Llovera in the 1920s Joan has become a master —see for example his inspired translations of Lorca (F. G. L., Poems , [with Stephen Spender] Dolphin, 1939, and the Penguin Lorca , first published in 1960) as well as those Catalan works mentioned above; it is a discipline in which he excels and takes great interest. 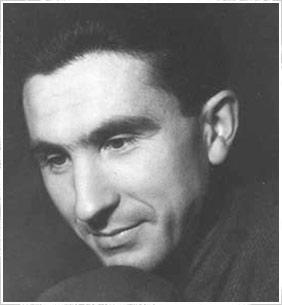