Visat núm. 11
(abril 2011)
John L. Getman was born in Ilion, New York (1936). He earned a Bachelor’s Degree in English Literature and Foreign Languages, French, German and Greek in 1958. He studied Danish at the International Peoples´College in Denmark, 1958-59, then moved to Catalonia where he taught English at IESE and other private schools.

He then moved to Germany to improve his German, while teaching English. On his return to USA he completed a Master´s of Arts in Spanish and Linguistics at the University of New Mexico.

He then returned to his position at IESE as head of the Program in English for Master´s students. Both he and his Spanish wife then taught at McPherson College in Kansas, where he designed and directed a junior year abroad program in Spanish at the University of Barcelona. His interest turned from teaching to writing at the University of Arkansas Graduate Translation Program, where he presented the English translation of Porcel´s Springs and Autumns as his thesis, later published by the University of Arkansas Press in 2000.

Getman has also translated Porcel´s Horses into the Night, The Permanent Revolution, plus many of his short stories. Among other translations are Monzó´s The Magnitude of the Tragedy, Women in the Shadows by Maria Mercè Roca, The Book of Solitudes by Miquel Marti i Pol (awarded first prize in poetry translation by the Catholic University of America), Stars over the Desert by Francesç Estival and Rescuing Rebecca by Josep Sola Soler.

His other interests include photography and painting. An upcoming novel written in Spanish will combine all of these interests. He lives in a tranquil old masía near Girona. 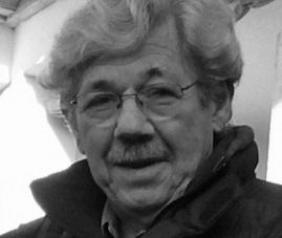