My true name is so well known in the Records, or Registers at Newgate, and in the Old-Baily, and there are some things of such Consequence still depending there, relating to my particular Conduct, that it is not to be expected I should set my Name, or the Account of my Family to this Work; perhaps, after my Death it may be better known; at present it would not be proper, no, not tho’ a general Pardon should be issued, even without Exceptions and reserve of Persons and Crimes.

It is enough to tell you, that as some of my worst Comrades, who are out of the Way of doing me Harm, having gone out of the World by the Steps and the String, as I often expected to go, knew me by the Name of Moll Flanders; so you may give me leave to speak of myself under that Name till I dare own who I have been, as well as who I am.

I have been told, that in one of our Neighbour Nations, whether it be in France, or where else, I know not, they have on Order from the King, that when any Criminal is condemn’d, either to Die, or to the Gallies, or to be Transported, if they leave any Children, as such are generally unprovided for, by the Poverty or Forfeiture of their Parents, so they are immediately taken into the Care of the Government, and put into an Hospital call’d the House of Orphans, where they are Bred up, Cloath’d, Fed, Taught, and when fit to go out, are plac’d out to Trades, or to Services, so as to be well able to provide for themselves by an honest industrious Behaviour.

Had  this been the Custom in our Country, I had not been left a poor desolate Girl without Friends, without Cloaths, without Help or Helper in the World, as was my Fate; and by which, I was not only expos’d to very great Distresses, even before I was capable either of Understanding my Case, or how to Amend it, nor brought into a Course of Life, which was not only scandalous in itself, but which in its ordinary Course, tended to the swift Destruction both of Soul and Body. 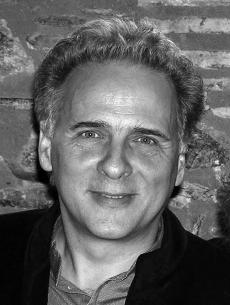 Elegy 19 To his Mistress Going to Bed - John Donne