[She has risen, and now runs toward him, with arms extended]

[He wards her off so roughly that DANIELA is near falling, but is supported by MONSA, who hastens to her, and putting her arms about her, looks fiercely at RAMÓN]

She remembers us now… that no one wants her!

[He stares wildly at her. He is amazed at her beauty]

[To JEANNE, who assists her]

Here! [Indicating chair, to which they lead DANIELA. ANTONIA approaches reluctantly] He’s a monster! [To DANIELA] There! There!

[She is weeping, and looks helplessly from one to another,

Is it Ramón? [MONSA nods assent] No... no… Ramón was never cruel… Ramón loved me… he defended me… always… he would cry when they beat me… [Weeps forlornly] Ay, Jeanne, … better to die in Paris! If I had listened to you… you said no one would care for me! [With energy] Come! Come! Let us go! [With desperation] I do not want to die here! No! In the street! In the street! [Rises quickly; the women restrain her] Let me go! [Falls back, half lifeless, into the chair]

Speak to him… Monsa!

[Indicating RAMÓN. MONSA, not heeding ANTONIA, tries to revive DANIELA. ANTONIA goes to RAMÓN and pleads with him]

[Reviving, to MONSA, who weeps]

Oh… you are crying! Why?

[Takes MONSA’s face in her hands]

Let me look at you!

[Puts her arms about her neck]

[Going to her father, greatly troubled]

[RAMÓN does not heed her]

DANIELA [Clinging to her]

Father, I don’t want her to go away. She said she would buy me a doll!

Don’t turn her out, Ramón!

[She runs to RAMÓN and speaks vehemently. He has seated himself, with his arms over the table, and pays no attention]

[She kneels beside him and clasps him gently;

ANTONIA and ANA draw near]

Will she go, Mother?

[MONSA places her hand over his lips]

An outcast… yes! You don't know… the harm she has done me… nor she, either... no one knows!

[DANIELA has risen, supported by JEANNE.

ANTONIA goes to assist her]

But she is ill… [RAMÓN makes impatient gesture] Let her stay a few days... at least until tomorrow.

You don't know what you are asking! [Bitterly, in lower tone] Better if she had died!

Ramón… you have a good heart!

Say something to her.

By your love for your children, Ramón!

My children! You don't know what you are saying![Rising] She shall not...

[He stops, overcome, on finding himself face to face with DANIELA]

[Putting aside MONSA, who has interposed between them]

No... no...! I am going... I am going…! [Frees herself gently from MONSA] I want to see him… Fourteen years! [RAMÓN starts to speak, but she stops him] My fault... I know it… my fault! Am I defending myself?... Look at me! Look at me! [RAMÓN turns toward her, against his will, and their eyes meet] Oh… now I see the old Ramón… who quarrelled with me sometimes… but always loved me. I would call him… from away off, as he came from the mountain with his father… [Calling] Ramón! Ramón!

[He has turned from her, but when she calls he starts involuntarily toward her]

And when he came... I would throw my arms about his neck... "Ramón! Here are some violets! I have brought you some berries, Ramón!" And in my haste to give them to him, I would crush them against his lips. And then... "I have found a nest of partridges, Ramón!"… Well... to the nest! The poor things would run and flutter toward the cliffs, and we after them... into the water... through the briars... to catch the stragglers... only to let them go again... [Tenderly] so they might live! [She stops; her voice grows sad, tragic] One day... I too ran toward the cliffs! I spread my wings... and flew... away... away... till I felt I was wounded. [Clasps her heart] And then... before I died... I wanted to come back... to the place where I had my nest... to this house! [She has lowered her voice, until on saying "my nest" she strikes her breast, with the intimate conviction that it is her right, but on saying "this house", she says it fearfully, as though in dread of being denied]

[Advances as though to strike her, but falters, and shows that he is yielding]

[Putting her arm about her]

[To ANTONIA, in a low voice]

Mother… and the doll?

[Puts her hand on his shoulder]

[In a low, tremulous voice]

You will let her stay…

[To MONSA, who has told her]

[She looks timidly toward RAMÓN]

Don’t speak to him… yet! 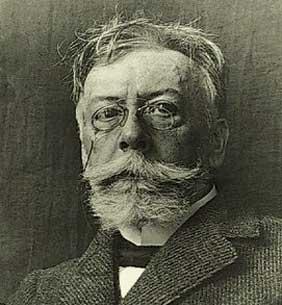