Visat núm. 8
(octubre 2009)
by Neus Real
Montserrat Roig is part of a group of writers who made themselves known around 1970, and who, after three decades of the post-war period, mark a turning point in the history of Catalan literature. Successful author, leftist, Catalanist, feminist and a committed woman on many levels, this Barcelonan stands out above all in the fields of fiction and journalism. Her premature death in 1991 prevented the continuation of a body of work that had two clearly defined stages, with achievements such as the novel El temps de les cireres (Cherry Season) , the investigation Els catalans als camps nazis (Catalans in the Nazi Camps) , the collection of stories El cant de la joventut (The Song of Youth) and the essay Digues que m'estimes encara que sigui mentida (Tell Me You Love Me Even if You're Lying) . Often translated into Spanish, some of her texts have been translated into various European languages, even into Chinese and Japanese.

Montserrat Roig i Fransitorra was born in Barcelona in 1946. In 1968 she earned her degree in Philosophy and Letters at the University of Barcelona, and in 1970 she won the Víctor Català prize with what would be her first book of stories: Molta roba i poc sabó… i tan neta que la volen (Lots of Clothing and Little Soap… And As Clean as Can Be, 1970). The work initiated a cycle of fiction during the 1970s, continued by Ramona, adéu (Goodbye Ramona, 1972), El temps de les cireres (Cherry Season, 1977; Sant Jordi Prize 1976), and L'hora violeta (The Violet Hour, 1980). The 1971 collection and these three novels fictionalize the recent history of Barcelona (from the end of the nineteenth century to the 1970s) using the stories of two families—the Ventura-Claret and Miralpeix families—and placing their women in the forefront. Roig confronts her own political, cultural and literary past in the search for her own identity as a writer in a convulsed and rapidly changing Catalonia. She makes use of familiar models (Narcís Oller, Josep M. de Sagarra and Mercè Rodoreda) even as she experiments with new methods (most clearly in L'hora violeta ), all the while facing such central questions of identity as sex and the expression of subjectivity. Through a narrative assembled from intertextual connections, the author tries to explain—or explain herself, to understand—where she comes from and who she is. This is why she recovers and recognizes her origins—a move that shows the importance of memory in her writing—even as she tries to rid herself of the dead weights she feels she drags with her as a Catalan, a woman, a child of the post-war years, and a lover of literature who studied in the final years of Franco's regime.

Parallel to her creative writing, Roig worked as a journalist in the same vein: the double facet of collective compromise and individual exploration. Her interviews with well-known cultural figures in written and audiovisual media are famous, and since their publication in five volumes—the three volumes of Retrats paral·lels (Parallel Portraits; 1975, 1976 and 1978) and the two of Personatges (Characters, 1978 and 1980)—they have become an essential point of reference. The same may be said of the book Els catalans als camps nazis (Catalans in the Nazi Camps, 1977), a wrenching document that obtained the Crítica Serra d'Or prize for historic journalism in 1978.

In the 1980s, the demons of her youth exorcized, and in sync with a new cultural phase slowly opening up in Catalonia, Montserrat Roig embarked on new literary paths. Her novel L'òpera quotidiana (The Daily Opera, 1982), still intertextually linked to earlier fiction but definitively leaving behind the characters who inhabited it, suggests some of the directions in which the novel La veu melodiosa (The Melodious Voice, 1987) and the stories of El cant de la joventut (The Song of Youth, 1989) would develop—one only need look at the titles to realize that the omnipresence of temporal references gives way to, for example, musical elements. In these two books, Roig achieves a first literary maturity that continues to suggest the potential still waiting to unfold. This potential was interrupted by cancer in November 1991, and can be found, though in a different form, in the delicious prose of the essay Digues que m'estimes encara que sigui mentida (Tell Me You Love Me Even If You're Lying), the last work published in the life of an author well-loved by her audience, one whose texts will continue to be published. 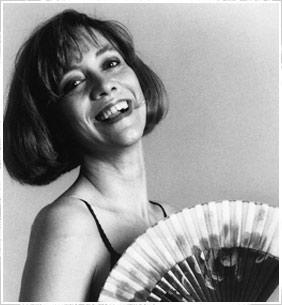