Visat núm. 1
(gener 2006)
by Simona Škrabec
The work of Jaume Cabré (Barcelona, 1947) has been well received both by the critics and by the public and he is considered one of the most well-established writers on the current literary scene.

He also makes occasional incursions into the world of television scripts. This has resulted in popular series such as La granja, Estació d'enllaç and Crims as well as a number of TV films that for several years have kept viewers glued to their sets. In his own words, today's writer is “a man who writes”. Nowadays, apart from novels and short stories, writers have other outlets for their creativity that a master of the pen such as Jaume Cabré will always make the best use of.

Cabré finally made his name among the reading public with the publication of Fra Junoy o l'agonia dels sons in 1984, a novel that received the Serra d'Or awarded by the Catalan literary critics, as well as the Prudenci Bertrana prize. In the early 1990s he wrote Senyoria (which won the Serra d'Or, Prudenci Bertrana and Creixells awards in 1991 and the Prix Méditerranée in 2004 for the best translation into French). The title refers to the civil magistrate of Barcelona who was promoted to the post in the autumn of 1799, a few months before the end of the century. In addition to providing a historical portrait of this period of change, the novel describes, in a kaleidoscope of scenes and reflections, the state of mind of a figure who does everything he can to extend his influence in circles of power and has the authority to make those who have committed errors pay for them with their life. The position of untouchable figures, who then and now can dictate the destiny of a great many people, can undergo an abrupt change. The magistrate's passion for beautiful women leads him to commit a crime, but he has no idea of the sort of hell in which he would find himself.

In 1996, Cabré published El llibre de Feixes, the trilogy formed of the novels La teranyina (1984, Premi Sant Jordi), Fra Junoy o l'agonia dels sons (1984, Premi Prudenci Bertrana ) and the novella Luwovski o la desraó that had been published as part of the Llibre dels preludis in 1985, which represented the bulk of his earlier output. Feixes, the town that appears in these books, and also in another novel, is a literary compilation of Terrassa, the writer's adoptive town.

Also in 1996, he caused a stir with an ambitious portrait of his generation – L'ombra de l'eunuc – based on individuals who fail to find their place in the world. All of the characters were born just after the Civil War, had endured the full effects of the Franco regime during their childhood, and awoke to adult life with the events of May 1968 that were to signal the start of a better world. A few years later the regime came to an end, but this did not bring with it the expected changes. The relinquishing of revolutionary ideals and the resigned acceptance of the need to form part of society complete the trajectory of the novel. Over this background hovers the shadow of the eunuch, personified by the principal character, a man with strong aesthetic sensibilities but incapable of creating beauty or of establishing a proper relationship with any woman. The sense of failure, of a life that seems never to produce anything positive, causes a pain that can only be relieved by the abstract beauty of music and the arts.

In addition to these books, which are the ones that have been most translated so far, mention should also be made of the collection of 14 short stories, Viatge d'hivern (2001). The subject matter is very varied, and they are located in very different parts of Europe and in different periods, but they are linked by a network of threads that can be summed up in the main one: the memory of Europe and the struggle to not forget it. The ups and downs experienced by the characters make us reflect on how history is preserved in both the individual and collective memory.

Jaume Cabré's extensive literary output to date concludes with the novel Les veus del Pamano, which offers a highly complex vision of the Spanish Civil War. Like all wars in which people who share the same living space confront each other, this one too split the people into two opposing sides, so that it seemed that society could only be represented in two colours. But the author eschews a black and white vision and concentrates all his attention on the scale of greys: he shows how personal motives, old wounds, weakness of character or even chance can build an ideological barrier in a small village in the Pyrenees. This separation is so strong that not only does it serve to justify the armed conflicts and persecutions but it also continues for many years afterwards. Different narrative levels, and characters who live in different periods, allow him to construct an impressive fresco of post-war Catalan society. 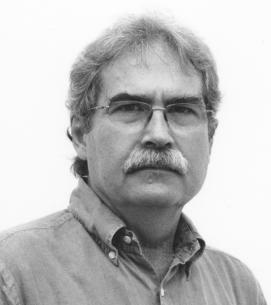