Visat núm. 10
(octubre 2010)
by Toni Sala
The centenary of Verdaguer’s death in 2002 prompted a reinterpretation and updating of his oeuvre. Verdaguer’s category had been steadily shrinking due to antireligious prejudices inversely proportional to the knowledge of his writing. At the same university, tutors confessed that when Canigó was the set text in Catalan secondary schools, reading L’Atlàntida or Canigó was something which required real effort of them. As it was, the centenary took these two great poems out of the spotlight and allowed many readers to discover Verdaguer’s shorter compositions.

The centenary also revived Verdaguer’s popularity which, today, finds itself at more or less the same point as before the celebrations. No other Catalan poet has surpassed Verdaguer’s fame, perhaps because Carner and Sagarra were, essentially, poets of the city and Verdaguer is a poet of the city, the country and every home. However, as regards his popularity Verdaguer is, more than anything, a poet of the 19th century, from a time before politics began to discuss in his literature the embodiment of the lost soul literature, as Gaziel claims Catalonia to be.

Taking the Calendari Català, it seems that the enthusiasm of the journalist covering the 1865 Jocs Florals foresaw this incarnation. Verdaguer was, at that time, a young boy, completely unknown in Vic; a local country poet in attendance to collect a small prize. I see no other explanation for the immediate enthusiasm for these people and the welcome they gave him:

"…and upon seeing that he was a youth and a farmer, upon seeing the Catalan barretina  —hanging from his arm, he was not just met with applause: a torrent of welcoming cries and claps filled the air, enough to move the high coffered ceiling of the historic Sala de Cent [...] The young poet advanced and Ladies and Gentlemen stopped him along the way, the wise and learned rushed forwards to see him. Oh, Verdaguer! You, who from the barren planes and olive trees have come to Barcelona to collect a branch of the tree of glory, return to your nest, bird who flies in a better sky! And, like the swallows each year, pray to God that he lets you spread your wings to come and collect another bouquet or a new leaf [...]".

It is as if they already knew who stood before them, who he would become. Furthermore, the reference to wings: how many times Verdaguer would ask for them!

For Catalan literature, Verdaguer is as fundamental as was Ramon Llull. Both were men of great faith, as would be Josep Carner, the only poet who has been able to compare to them. It is possible to write parallel lives for these two founders, as well as parallel legacies. At their time nothing could equal them. In Verdaguer’s time, amongst the dozens of poets writing for the Jocs Florals, were Rubió i Ors — a writer who also requires updating — and Guimerà the poet, whose work is unlikely to cope with being updated. It is not that Verdaguer was the greatest, but that he is made of different material. His language is so clean that not even its grammar now seems archaic and what he expresses is equally pure. Verdaguer writes with his body and soul and it is this radicalism which keeps his verses alive, like an organ that regenerates itself.

The poet and the flesh — the earth — are one and the same. For this reason the prologues to his books are so explanatory. Verdaguer’s work chronicles his life, in the same way that his life chronicles his work. It would be interesting to study the fact that at the same time as Verdaguer Tolstoy turned towards a mystical life and thus see the social effect of these two cases.

I personally read Verdaguer as a proud poet, a proud farmer, and pride means faith. Only with this faith can two paths end up uniting: that of the poet and the priest, which took Verdaguer all his life to find. In a letter dated 1869 he still wrote:

"At the moment, my new state is proving well and I am more and more convinced of the idea that I had — that it is the best for those who love true poetry… Pray to God, if you think of me, that I might make a good priest before a good poet."

This last phrase shows which path he found himself on at that time, which still had a way to go. It seems impossible to plait a crown of thorns and weep, but after the ordeal which he — with Llull’s same will for martyrdom and therefore saintliness, imposed upon himself — Verdaguer arrived at the point where the two paths met. The proof that he achieved it is that he titled his posthumous book Al cel (To Heaven), expressing both direction (to heaven) and place (in heaven). 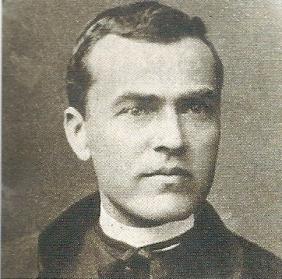