Llorenç Villalonga i Pons (Palma de Mallorca, 1897 – 1980) is the main exponent of Majorcan narrative in the 20th century. From a family of rural landowners he studied medicine and specialised in psychiatry, which he dedicated himself to professionally. An energetic and restless young man, he flaunted a certain snobbism which clashed with the atmosphere of the more traditional sectors of Majorca. In 1924, he started to contribute to the press with articles about psychiatry, architecture, art, politics and literature, with which he revealed a wide range of interests as well as his solid intellectual training. His work consists at the same time of an idealisation of his family origins, a critique of the provincialism of the island’s upper classes and a defence of pro-European liberalism.

Villalonga worked in different genres: journalism, poetry, short narrative (stories in which the description of atmospheres and characters is foremost), and some plays written in the 1930s, of which the Desbarats, are well known: short pieces in a humoristic vein. The novel was the genre which ensured his definitive literary consolidation. In this genre he cultivated Classicism, aiming for a contained art and formal mastery, a continuation, to some extent, of the French tradition of Stendhal and Flaubert, as opposed to the excesses of Romanticism.

His best-known novel is Bearn o la sala de les nines [Bearn or the Dolls’ Room]. It tells the story of some rural aristocrats in 19th century Majorca from the point of view of Joan Mayol, a priest who writes his memoirs when the last Bearns have died. Bearnhas been translated into a large number of languages, including Russian and Chinese. Jaime Chávarri’s film version has made an important contribution to the international dissemination of this work.

Until the Civil War, journalism was uppermost in Villalonga’s literary production – he published articles in El Día and edited the magazine Brisas. He also started writing novels in Catalan (Mort de Dama [Death of a Lady], 1931) and plays in Spanish (Fedra, 1932). After a period of retirement, he began a period of intense production in which nostalgia for the past was a major element. From this period came Desbarats (a play) La novel·la d Palmira [Palmira’s Novel] (1952) and Bearn(published in Spanish in 1956, and in Catalan in 1961). The later novels are of a more autobiographical nature: L’àngel rebel [The Rebel Angel] (1961) (rewritten and published in 1974 with the title of Flo la Vigne); Desenllaç a Montlleó [Outcome in Montlleó] (1967); La “Virreyna” (1969); El misantrop [The Misanthrope] (1972). Finally he achieved notable success with, Andrea Víctrix (1974) and Un estiu a Mallorca [A Summer in Majorca] (1975).

The work of this author continues to arouse interest, as is shown by the studies and articles dedicated to it. In 1999, the Casa Museu de Llorenç Villalonga was opened in Binissalem (one of his residences), run by an organisation which promotes activities linked to his work and contemporary Catalan literature in general. 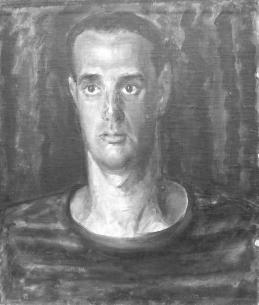