Visat núm. 1
(gener 2006)
by Julià Guillamon
The great Quim Monzó (Barcelona, 1952). Since the seventies, his stories, novels, articles and reports, his wit and vivid jokes have set the standard, achieving an enormous popular resonance. Monzó is an essential writer, with a great capacity for handling the languages of contemporary communication.

From Counterculture to Stupor

In the summer of 1973, Quim Monzó decided to spend the month of August in southeast Asia. In the chronicles that he wrote for the newspaper tele/eXprés, Monzó described the street atmosphere and showed that the final offensive in Cambodia would not generate works of art, or poems, or ballads. His literary career begins here, and it develops parallel to the rhythm of Barcelona’s cultural adventures during the final years of Franco’s regime. Between 1973 and 1977 Monzó participated in many kinds of initiatives, linked to experimental literature and the marginal press.

This first Monzó, an irreverent and roguish joker, is the essential Monzó. During this period, his artistic and literary affinities move from Julio Cortázar to Woody Allen, from Joan Brossa to Robert Crumb, and from Samuel Beckett to Frank Zappa. While his first novel, L’udol del griso al caire de les clavegueres (The Howl of the Cop on the Edge of the Sewers), is constructed of linked episodes, with direct dialogue and elegant sentences, his first stories, published in 1977 in the volume Self Service and written as a collaborative venture with the Majorcan Biel Mesquida, are expanded by improvisation and exploration.

Uf, va dir ell (Oof, He Said) (1978) represents a stylization of the methods of this first countercultural stage. Some of the stories of the book, such as “Història d’un amor” (History of a Love), propose a carnivalization of reality. Others, such as the title story, deal with the tedium of daily life (a bored man and woman eat cake because they lack willpower, and argue over nothing). A gesture out of control (“she threw the spoon onto the table and the blow was smooth, soft, orange-colored”) opens a crack in this gray world.

The second book of Monzó’s stories, Olivetti, Moulinex, Chaffeauteaux et Maury… (1980), represents a further step in the path distancing him from grand ideals and collective causes, towards a realism of clear lines. “Redacció” (Redaction) lays bare the disjunct between reality and language. The story establishes an underlying preoccupation throughout Monzó’s work: the child who candidly tells of a cruel reality represents the author and his urge to explain the world, to dominate it through words. But it is reality that dominates; the words are only a placebo.

Uf, va dir ell and Olivetti, Moulinex, Chaffeauteaux et Maury... represent the inverse and the reverse of the same situation. In the first book, Monzó describes an enclosed world that finds an escape route in dreams, imagination or love, which transport the characters to fantastic spaces. In the second, he describes an alienated reality subject to a crude mechanism, against which there is nothing one can do.

In the mid-eighties, Monzó created a personal style familiar to most readers. His stories capture the spectacle of urban life through contemporary characters, with a light, eccentric touch that hides its exemplary quality. Without setting out to do so, Monzó writes the chronicle of the passing of countercultural utopia to individualism and skepticism. But he transcends the experiences of his generation and extracts universal lessons.

While the story develops a closed episode, a sketch, or a snippet of conversation, Monzó’s novels, Benzina (Petrol) and La magnitud de la tragèdia (The Extent of the Tragedy) (1989), form a complete cycle. Guadalajara (1996) enacts decadence, decline, a labrynth without exit, implying death. The most realistic stories speak of a fleeting desire or a lost moment. The fables set forth anguished situations, labyrinthine buildings with no exits, and macabre family celebrations.

With El millor dels mons (The Best of Worlds) (2001), his best book, Monzó finds an escape from this situation of impasse. He had never shown himself as cruel and desperate as now. His stories describe a world without piety. The tale of desiccated boy, or of the fetus in the plastic department store bag, are explained with apparent naturalness to achieve a greater impact upon the reader.

Throughout the last thirty years, Monzó has had a constant presence in the cultural life of Catalonia. In Vuitanta-sis contes (Eighty-Six Stories) he has refined his language from an initial extravagance towards essential ways of saying, and has marked a decisive point in a literary Catalan that, in his works and translations, arrives to fully contemporary registers. In a certain way, there still remains much to discover in the novels of Monzó. They represent one of the principal attempts to bring the genre up to date, adapting their interior tempo to the rhythm of today’s life. His newspaper articles reveal a universal curiosity that breaks down the borders between high and low culture, between creative literature and commentary on the present moment. His work has achieved unusually large print runs and has been translated into many languages.

In the heading to “Història d’un amor,” the first of the Vuitanta-sis contes, we find the following: “At this stage, I would be content with all that has passed until now in exchange for seeing, one more time, the peppermint-colored sky and the stars that spark around your eyes.” To parafrase what Dostoevsky wrote concerning Gogol’s El Capote (XX): we all come from that peppermint sky. 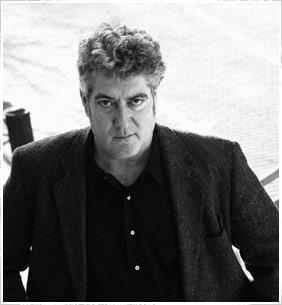