Visat núm. 11
(abril 2011)
by Glòria Bordons
Born in Barcelona into a family of artisans on January 19th 1919, Joan Brossa is the most representative Catalan avant-garde poet of the twentieth century. His career as a poet began at the age of seventeen when he was forced to go to war. In the forties he was introduced to surrealism thanks to meetings with J.V. Foix and subsequently with Joan Miró and Joan Prats. Their advice led him to start writing sonnets, odes and theatre pieces (which he called stage poetry) within a neo-surrealist framework.

In 1941 he wrote his first visual poems which followed futuristic parameters. The year 1943 saw the appearance of his first objet trouvé. Subsequently, in 1950 Brossa made his first design by amalgamating two different objects and in 1956 his first fixture appeared in a shop window. Fundamentally, his first contacts and friendships were artistic. He was the co-founder of the magazines Algol (1946) and Dau al Set (1948) whose content implied the rebirth of the avant-garde movement after the Civil War.

From 1950 onward Brossa’s poetry experienced a shift owing to his meeting with the Brazilian poet João Cabral de Melo. This break was formal and absolute as seen in Em va fer Joan Brossa (This Made Me Joan Brossa, 1950) and consequently his intentions became more politically focused. His socio-political interests also arose in his odes and sonnets whilst his theatre pieces were more traditionally structured. Likewise, this formal break led him to greater conceptuality and synthesis which is evident in his books dating from the turn of the sixties, for example Poemes civils (Civil Poems, 1960) or El saltamartí (The Grasshopper, 1963) which was already comprised of some visual poems.

It was that road that led Brossa towards the world of plastic arts: visual poems and objects. Since his first anthological exposition at the Joan Miró Foundation in 1986 entitled Joan Brossa or Words are Things, his expositions have grown in popularity all over the world. His 1991 exposition of work in Madrid’s Reina Sofia National Museum brought him international acclaim. Furthermore, his poems entitled Corporal poems in public spaces like Transitable Visual Poem which appeared at Barcelona’s Vall d’Hebron Velodrome heralded the arrival of his poetry to street. Yet in spite of that, Brossa still alternated his commitment to plastic arts with theatrical dedications and purely classical poetic forms: sestinas.

Brossa has always been at the frontier between genres. His collaborations with different artists are abundant and diverse in their nature: Novel (1965), Frègoli (1965) with Antoni Tàpies; Ode to Joan Miró (1973)Three Johns (1978) with Joan Miró; So and So Much (1983) with Frederic Amat; Brossa and Chillida on foot though the book (1995) with Eduardo Chillida, etc.

From the forties onward Brosso’s work in the theatrical field consisted of writing action performances. Afterwards, he experimented with paratheatrical genres such as transformist monologues, ballets and concerts in which his working partnerships with Josep M. Mestres Quadreny and Carles Santos, for example Suite Bufa in 1966 or Concert Irregular in 1968, as well as text-based theatre, opera librettos and screenplay are most prominent.

It is the experimental element of Brossa’s work that confirms his poetic vision: poetry as a game. However, the medias for this were very different given that the poet saw the evolution of time as requiring both a repeated change of form and a progressive synthetic and visualisation process. After the surprising publication of Brossa’s Poesia rasa (Bare Poetry) in 1970, he became one of the most interesting figures in contemporary Catalan literature. Although his recognition arrived late, it was still much deserved. He won the Lletra d’Or in 1981, the Barcelona Prize in 1987, the Picasso Medal awarded by Unesco in 1988, the National Prize for Plastic Arts in 1992 and the Catalan Government National Prize for Theatre in 1992 and 1998.

Within the international world of plastic arts, Brossa’s participation in the Biennial expositions in Sao Paolo (1993) and Venice (1997) as well as in the following expositions stands out: Joan Brossa Werke 1951-1988 at the Mosel and Tschechow Gallery in Munich in 1988, Joan Brossa: Poésie visuelle, Poèmes objet, Environnements at the Céret Museum of Modern Art and the Collioure Museum of Modern Art (1991), Joan Brossa: Words are Things, Poems, Objects and Installation at Riverside Studios, London (1992) or Joan Brossa: Visual poet at the Carrillo Gil Museum of Art and the Museum of Contemorary in Monterrey, Mexico (1998). On December 30th 1998 Brossa died and in 2001 the Miró Foundation in Barcelona held a huge exposition called Joan Brossa or the Poetic Revolt in commemoration of his life. Between 2005 and 2007 another great exposition entitled Joan Brossa: From Barcelona to the New World toured different cities in Chile, Brazil, Argentina and Portugal. In 2008 and 2009 his Bverso Brossa exposition also visited half a dozen Eurpoean capitals.

Since 1951 Brossa’s literary works have been translated into different languages by distinguished translators. Rafael Sants Torroella, Pere Gimferrer, Andres Sánchez Robayna, José Batllo, Alfonso Alegre i Carlos Vitale amongst others have translated his work into Spanish. Arthur Terry, John London and David Rosenthal have translated it into English and Lasse Söderburg has translated it into Swedish. These translations have contributed to the awareness and difusion of Brossa’s work throughout the world. 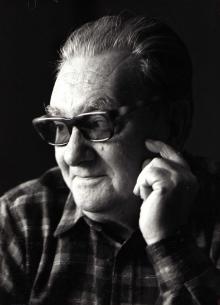