Visat núm. 8
(octubre 2009)
by Lluïsa Cotoner i Cerdó
Carme Riera (1948) is one of the most outstanding personalities of current Catalan literature. She belongs, along with Montserrat Roig, Isabel-Clara Simó, Maria Antònia Oliver and Maria-Mercè Marçal, to an outpouring of Catalan literature written by women. This group was influenced by the final stages of Franco's dictatorship and the explosion of hopes emerging from the utopias of the French 1968.
Since she first become known, with the collection of stories Te deix, amor, la mar com a penyora (I Give You, Love, the Sea as Pledge; 1975), rebellion, independence, and a moral perspective form the basis of Riera's work. Translations into more than fifteen languages and studies focusing on her writing show the interest it elicits beyond our own borders.

From a Majorcan family on her father's side and Catalan on her mother's, Carme Riera was born in 1948. She divides her time between Barcelona, where she works as a professor of literature at the Autònoma University, and Majorca, where she travels as often as she can, spending summer vacations there to write while overlooking the blue immensity of the Mediterranean.

She is an inveterate reader, reading for pleasure and professional demands, and her work is full of resonances with classic and modern authors: the voices of Llull, March, Cervantes, Proust, Wolf, Pla, Villalonga and Miquel Àngel Riera, among others, mingle with the conversations and anecdotes the writer has heard from the lips of rural farmers, artisans and workmen, seamstresses, washerwomen, and city maids, from whom she learned the graphic and lively chatter of the people. The use of language with all of the richness of its formal and popular registers is one of the most remarkable characteristics of her literary style.

In 1965 she left Majorca to study literature in Barcelona. The university held little interest for her, but she discovered progressive and unconventional circles that did not tolerate laws or rules imposed by force. She participated in the student sit-ins against the Vietnam War and in the demonstrations against the Franco regime, and she took part in the feminist movement that was just then emerging in this country. This contrast between the Majorcan world and her Barcelona experience is the axis on which her first two story collections revolve: Te deix, amor, la mar com a penyora (I Give You, Love, the Sea as Pledge; 1975) and Jo pos per testimoni les gavines (I Take the Seagulls as My Witness, 1977), which formed the writer's first period.

In her second period, she made her debut as a novelist using the intrigue of a crime novel to confront then-contemporary themes: questions related to feminism, Una primavera per a Domenico Guarini (A Spring for Domenico Guarini, 1980); and the denunciation of the military dictatorships of Chile and Argentina, Joc de miralls (Mirror Images, 1989). Between the two of them came another collection of stories, Epitelis tendríssims (Tender Epitheliums, 1981), in which Riera ironically explored eroticism from a female point of view, and Qüestió d'amor propi (A Matter of Self-Esteem, 1987), a story in epistolary form in which the lyricism of her first stories is substituted for a biting and lucid sarcasm.

A third phase was opened with her historical novels. After five years dedicated to study and documentation, Riera published Dins del darrer blau (In the Last Blue, 1994), a work based on the historical events that happened in the city of Majorca between 1688 and 1691, when a group of crypto-Jews who wanted to flee the island were judged and condemned to be burned at the stake by the Inquisition. Considered by knowledgeable critics as one of the high points of twentieth-century Catalan narrative, this novel represents Riera's historical fiction debut and marks the substitution of first person narrative for an omniscient narrator's point of view. Riera again uses this structure in Cap al cel obert (To the Open Sky, 2000), told in a serial novel style, which to some extent continues the story of the descendents of those executed Jews. The recreation of the colonial conflict in Cuba in the second half of the nineteenth century, which serves as a background for the drama, gives rise to a political reflection on the national question. In the same way, in La meitat de l'ànima (Half the Soul, 2004), a reconstruction of the post-war circumstances of Franquist Barcelona and the situation of exiled Republicans, with an emphasis on anarchists, is the historical web on which Riera weaves the fictive action that surrounds the heroine's search for identity.

In contrast, in her most recent novel, L'estiu de l'anglès (The Summer of the Englishman, 2006), the author involves us in an intrigue written in a humorous tone—the same that she employs in Contra l'amor en companyia (Against Love in Company, 1991), another story collection. Here the protagonist is a secretary who wants to learn English during her vacation, but the unsettling episode she experiences in England will change her for the rest of her life.

A compulsive writer, Riera has also published a pregnancy diary, Temps d'una espera (Waiting Time, 1998). She has said that she writes to keep the stories her grandmother told her alive, as well as to seduce her readers, but above all because writing truly is the best way to postpone death. 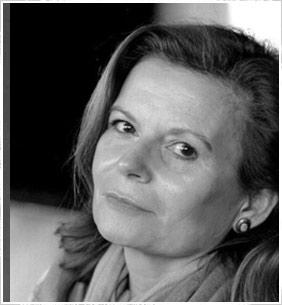