Visat núm. 2
(octubre 2006)
by Pere Ballart
When, in 1957, with a volume succinctly titled Poesia, Josep Carner (Barcelona, 1884 – Brussels, 1970) collected and revised all of his prior poetic production—more than half a century of refined lyric writing, sensitive and at the same time profoundly human—perhaps he was not aware of the degree to which he was leaving twentieth-century Catalan literature one of its most lasting and valuable poetic legacies.

An extraordinarily precocious writer, Carner attained an undeniable importance in the literary scene of the first quarter century, and a central role in the promotion of the cultural, regenerationist and civic ideology known as Noucentisme, circumstances that caused him to be considered the foremost Catalan poet. Upon joining the diplomatic corps in 1921, he abandoned the country and began a series of sojourns in Europe and America. When the Spanish political situation and the rise of the Franco regime forced him into exile, ultimately bringing him to Belgium, where he made his permanent residence. A foundational poet and a great reformer of Catalan as a literary instrument (a language which he also enriched as a translator), in his long career his best titles are Auques i ventalls (Auques and Fans) and La paraula en el vent (The Word in the Wind) (1914), El cor quiet (The Quiet Heart) (1925), La primavera al poblet (Spring in the Village) (1935), Nabí (Prophet) (1941), an extensive narrative poem about the prophet Jonas, Llunyania (Distance) (1952), and Absència (Absence) (1957).

It is impossible to value Carner’s poetic work without alluding to the poetry’s often equivocal, even when favorable, reception. The characteristic modes of his first books became so firmly established in Catalans’ literary expectations that they have continued to be attributed to all that he wrote, despite being practically nonexistent in most of his latter compositions. Indeed, there are some features that unmistakeably belong to his youthful verses, such as a prodigious metric vivacity, the local and “minor” naturalism of his anecdotes, playful diction with an edge of prudent urban satire, and, in general, a tone of unworried joviality, all of which struck a chord with readers, thanks to the peculiarity of the offering they represent. Bit by bit, however, a growing sobriety imposed itself in his new collections, and this was ever more noticeable once the poet was physically distanced from Catalonia, the moment in which his poetry became, in the opinion of one of his best readers, the fellow poet and critic Gabriel Ferrater, “a meditative poetry, severe and almost opaque, perhaps derived from Victorian English modes.” The poem typical of what we might call the second Carner has formally classic execution, very stylized diction, and above all a singular impersonality in the presentation of the anecdote: as Carles Riba accurately pointed out, it is not possible to construct a biography, even a sentimental one, based on Carner’s poems, as the poet is a unique case in his “untiring gift for lyric objectification.” In the same sense, it is worth highlighting the poet’s love for the tangible world, even when what he describes pertains to the domain of the abstract. For it is thus, with the help of materials belonging to the common experience of reality, that Carner so often achieves a movement that launches the poem from the most seemingly trivial towards the most profound and transcendent: from exterior reality to rooted emotion.

It seems that in the usual circumstances of a normal literature the sublime quality of Carner’s poetry (quite above that of his prosaic and dramatic production, certainly of lesser interest) would have to be recognized unanimously and without interruption; remarkable, then, is the tendency of some intellectual sectors, unreceptive to his authentic complexity, to convert his figure into the target of a periodic and recurrent devaluation. In trying to explain this phenomenon, the strange condition of Carner’s art finally becomes more clear. To the difficulty of banishing the stereotyped vision that his first volumes produced is added the isolation of his expressive offering: in an epoch such as the modern, in which poetry is enclosed in domestic, urban interiors, he is a poet in which natural spaces continue to hold an enormous symbolic value; in a time of alienation and slander, he defends discretion and humility; finally, before an aesthetic of narcisistic identities, he constructs an anticonfessional poetry, contrary to the effusive and autobiographical, in a process that draws near enough to what Eliot described as the “evasion of personality.” Despite this, those who are able to overcome so much strangeness will obtain the prize of seeing the word of a poet unfold; even now, forms of reality turned into symbols have allowed this poet to express their emotions and bring them, cordially, piously, to all of those readers with whom he shares a language. 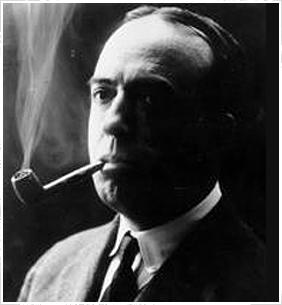