Visat núm. 5
(abril 2008)
by Pere Ballart
To Gabriel Ferrater (Reus, 1922 – Sant Cugat del Vallès, 1972), one could pay the same tribute, simple and profound, that he once dedicated to the great Valencian author Joan Fuster: that of having been “a writer capable of thought.” For, throughout his fifty years of life, he who must be the most extraordinary and influential poet of the second half of the twentieth century in Catalonia, did nothing but immerse himself, patient and methodic, moved by an unflagging curiosity, in the most diverse intellectual disciplines (from criticism to painting, from mathematics to linguistics) in order to learn, completely unravel, their essential mechanisms.

Indeed, his career, if beginning symbolically with his discovery of Baudelaire's Les fleurs du mal in 1936 at the age of fourteen (indicated in the celebrated incipit of his poem “In Memoriam”), took a more academic path when in 1947, drawn to mathematics, he began his studies in science. At the same time, he dedicated many hours to a nascent passion for painting, an exhaustive knowledge of which would bring him, during the fifties, to pursue art criticism from the pages of the magazine Laye , the fruits of which we can appreciate today in the volume Sobre pintura (On Painting). Later, in a period of less than ten years, between 1960 and 1968, three books of poetry that would assure him an eminent place in the canon of the Catalan lyric appeared ( Da nuces pueris, Menja't una cama [Eat a Leg] and Teoria dels cossos [Theory of Bodies]), as well as their definitive compilation in the volume entitled Les dones i els dies (Women and Days). The last part of his life, up to 1972, the year the poet committed suicide, was a period in which Ferrater aligned poetic creation with translation (of a range of authors from Kafka to Gombrowicz to Beckett) and the editing of copious numbers of encyclopedia articles for a project that was finally aborted, but luckily preserved and now available in the volume Escritores en tres lenguas (Writers in Three Languages). His work in the field of literary criticism, both written and practiced from academic platforms, was exercised as professor between 1968 and 1972, once his diploma of philosophy and letters was attained (collected in titles such as Sobre literatura [On Literature] , La poesia de Carles Riba [The Poetry of Carles Riba], or Foix i el seu temps [Foix and His Times]). It is also worth adding that in his last days, he had a vivid interest in theoretical linguistics, substantiated by his writings on grammatical questions in the book Sobre el llenguatge (On Language)— published posthumously, like all of the prior save those of poetry.

Every parcel of Ferrater's essay production reveals an intrinsic value, remarkably in tune with the most important currents of thoughts in his time (German phenomenology, structuralism, or expressivist aesthetic theories, for example), but it is evident that one must turn to his books of poetry for the true center of gravity of his work, despite their exceptional theoretic continuity with the poet's other intellectual activities, all of them supported by the same concept of what is real, and nearly forming a system. For, from beginning to end, Ferrater's poetry is made of human situations, the daily substance of which is not made less conflicted or less susceptible to moral judgement, and it is at root an attempt to rationalize one's own emotional life, to put in order the confusion of ideas, feelings, and actions that reality—even of “the moral life of an ordinary man,” as we read in Da nuces pueris —so often requires us to traverse.

None but these are the elements that the poetic I of his pieces constantly brings together, projecting them onto an anecdotal episode, narratively exposed on most occassions and gathering symbolic thickness when the poet decides to emphasize through analogy, by means of images with an enormous plastic force that, in function of the greater or lesser distance from the thematic center of the poem that they display, explain in every instance the quite variable difficulty of this poetry. As Ferrater himself declared in the note that closed his first book, it is about the “desire to see how much we can elevate the emotional energy of our language,” in an effort that ultimately helps both the poet and the reader take the deepest puzzle of an experience that, objectified and submitted to a suggestive and sensitive symbolization, acquires at least generic, if not universal, lines.

His poetry exhibits exactly the same qualities that Ferrater liked to highlight in others' writing: the poetic milestone represented by Les dones i els dies reveals itself in equal parts as a conscious evasion of all vagueness and sentimentalism, and, at the same time, a demanding mixture of precision, imagination, and expressivity. 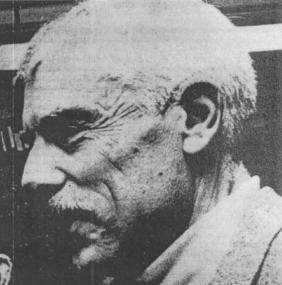