Visat núm. 14
(octubre 2012)
by D. Sam Abrams
The year 2001 was truly an annus mirabilis for modern Catalan lyricism as it was the year of the final emergence of the poetic voice of Lluís Solà i Sala (Vic, 1940), with the publication of De veu en veu. Obra poètica I (From Voice to Voice. Poetic Works I) (1960-1999). In this case the adjective “definitive” is not superfluous as, although Solà had previously published two volumes – Laves, escumes (Lava, Foam) (1975), in itself a kind of volume of collected works, and L'herba als ulls (Grass in the Eyes) (1993 ) - his voice had not yet been completely externalised and stabilised.

The apparition of De veu en veu unleashed an overflow of creative energy in Solà which resulted in four volumes of poetry in quick succession: L'arbre constant (The Constant Tree) (2003); Al llindar d'ara (On the Threshold of Now) (2010); Entre bellesa i dolor (Between Beauty and Pain) ( 2010); and Cercle i alè (Circle and Breath) (as yet unpublished). If we focus just on published work, today Lluís Solà is the author of an extensive collection of poetry comprising 22 anthologies written over 50 dedicated years, between 1960 and 2010. Due to their human, moral, intellectual and artistic qualities these make him unquestionably one of the leading Catalan poets of our time.

However, the bulk of this extraordinary work was written in a relatively short space of time – between 1994 and 2010. This unusual temporal compression is a unique phenomenon in the context of Catalan, and dare I say European, poetry. There is no need to look for an explanation for this phenomenon by way of excess or indulgence: not only could nothing be further from the truth but it is also a more complex issue. The poems had already been lived and, as they say, internalised but had not yet been written down and externalised. From the 1993-1994 period onwards, for one reason or another, the poet began to shorten the gap between the composition and writing processes until everything was, artistically-speaking, up to date.

Solà's poetry is characterized by its diversity, which is reconciled in one unbreakable unit much in the manner of Baudelaire, Mallarmé, Whitman, Rilke, Eliot or Mandelstam. It is a great and unique adventure that aspires to an unattainable and impossible wholeness given that, vitally for our poet, the apprehension of reality and truth is always "a process, an endless journey down a path of no return." For Solà, achieving totality would mean subjecting reality, truth and poetic discourse itself to an improper and violent end. Poetry is always ready, open, responsive and attentive .

In short, Solà's work stands upon this profound paradox of wanting to achieve totality, even whilst knowing that achieving it would be the equivalent of death. Solà's poetry is always in motion, with an optimal connection to reality and to life. Solà's poetry is always life and action: life in action and action in life. In a recent theoretical text the author said, proudly and firmly, that "everything is for song, for knowledge, for joy", a comment which recalls the legendary declaration by Stéphane Mallarmé that "Everything in the world exists in order to end up in a book".

In affirming Solà we find three absolutely fundamental concepts or objectives: singing, knowledge and joy. Song is poetry in the most primitive form of sound, speech, voice and music; in the primeval human instinct of expression, declaration, revelation, awakening, creativity and imagination which travels along the complex path between the spoken and written word, between silence and execution. It is also that which constantly tries to push the boundaries and limitations of poetry and break out of the restrictive concept of verse into the territory of poetic prose and the prose poem .

Joy is happiness and beauty: the ultimate objective of poetry in spite of everything. It means having the courage and being brave enough to move towards evolution, rebirth, order, pleasure, hope, determination, freedom, truth, dignity and nobility despite opposition, resistance, adversity, disappointment, pain, suffering, threats, danger and what seems to be impossible. In this sense, Solà belongs to the generation that his great contemporary Joseph Brodsky defined as the generation that, to him, proved that it was possible to write poetry after Auschwitz. Solà's poetry is in dialogue with its audience and asks questions of it, but always leaves it enriched with the full weight of its heart, body and mind.

Solà's work does not end with poetry. In fact, it forms the core of an even more complex body of work which spans theatre, translation, literary theory and cultural intervention.

He has been active in the world of theatre as director, playwright, translator, and creator of poetic montages. To date, he has written four plays of his own: Aproximació al grau zero (Approaching Zero Degrees) (1973) ; Progressió (Progression) (1974); Situació (Location) (1975); and Detall de cossos a la sorra (Details of Bodies in the Sand) (1986). As a director he has put on the Catalan stage, between 1962 and 2010, works by Joan Brossa, Aeschyles, Josep Palau i Fabre, Manuel de Pedrolo, Sophocles, August Strindberg and Peter Weiss and between 1965 and 2008 created dramatic pieces from the poetry of Agustí Bartra, Miquel Bauçà, Joan Brossa, J.V. Foix, Carles Riba, Jacint Verdaguer and Joan Vinyoli .

Theatre should not be considered as something impermeable or isolated in Solà's work as it is an integral part of his wider artistic work. Solà is a poet as was T. S. Eliot, Paul Claudel, Velimir Khlebnikov , Agustí Bartra or Joan Brossa, in the sense that his poetry naturally lends itself to the field of theatre. Moreover, it is in the world of theatre where Solà has been more experimental and radical with regards to content and form. However, the experimentalist radicalism of his theatre has always ended up detracting from his poetry.

Literary translation for Solà has always meant different things: learning literature; an in-depth reading exercise; a venture into otherness and cultural enrichment, both personally and collectively. Once again, as is the case in his participation in the world of theatre, literary translation should be seen as another integral part of Solà's wider artistic work. In a beautifully articulated musing on translating the book Variacions, Solà said: "Translating is listening: listening lovingly, deeply, listening with fear and trembling at the disturbing, unexplained and inexplicable voice, the rough voice of otherness. [ ... ] There is no translation without metamorphosis."

Equally, the poetry of Lluís Solà has, to date, been translated for several anthologies and magazines into English, German, Dutch and Spanish.

A little known aspect of Solà's work so far is his intense dedication to literary reflection. Solà is what Eliot termed a poet-critic. That is, an active poet who feels the deep and inescapable need to bring to bear a theoretical work on the phenomenon of poetic creativity which runs parallel to his poetic work and is intended to complement and supplement it. He belongs to the small group of poet-critics in modern Catalan literature, along with figures such as Joan Maragall, Carles Riba, Agustí Bartra, Marià Manent, Carles Miralles and Narcís Comadira. Until now his dedication to this theory has produced three significantly titled works: La paraula i el món (The Word and The World) (2000-2011), Variacions (Variations) (2003-2005) and Cercles de la llibertat (Circles of Freedom) (2005-2007).

is a substantial collection of sixteen formal essays on Catalan poets of the nineteenth and twentieth centuries: Jacint Verdaguer, Joan Alcover, Joan Maragall, Joan Salvat-Papasseit, Agustí Bartra, Salvador Espriu. Mercè Rodoreda (on La mort i la primavera), Joan Vinyoli, Màrius Sampere and Miquel Bauçà. In fact, fourteen of the essays are on specific topics and are framed by two of a much more general and conceptual scope: "El món i la paraula" which forms the title of the book, and "De l'oralitat a l'oralitat" (From Orality to Orality).

and Cercles de la llibertat are much more heterogeneous, fragmented and aphoristic in nature. They are collections of fleeting but contemplative looks at a variety of topics, based on the appropriation of musical counterpoint technique. A glance at the range of topics speaks for itself: personality and impersonality, the individual and the collective, culture, society, language, poetry, music, tragedy, theatre, freedom, identity, desire, need, questions of origin, human experience, truth, translation, art, ethics, politics, history, loyalty, reason, the subconscious...

Solà's theoretical work is of a great formal beauty and rich in its subject matter. As a theorist Solà is essentially a direct heir of High Modernism when after World War II things shifted and there was particular interest in the essay and thinking, producing figures of such stature as Maurice Blanchot or Susan Sontag. It is for this reason that his theoretical work is so diverse, so artistic, so unorthodox, and with a constant desire to break free of the constraints of being exclusively literature and dive into the realm of thought, sociology, history, anthropology and other disciplines that try to capture and convey the reality of human experience and the human condition.

A passion for translation and literary theory are united in Solà through his running of the Vic-based magazine Reduccions, founded in 1977. In 2012 the magazine, one of the longest running magazines to be published in Catalan, reached its 100th issue. From the pages of Reduccions Solà fiercely defended the presence of poetry in society, its translation, and theoretical consideration and detailed criticism of poetry as an understanding between people and as artistic practices.

Viewed in perspective, the literary work of Lluís Solà is impressive because of its ambition, strength, depth, unity, coherence, humanity, morality, excellence and beauty. 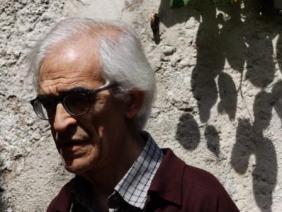