Visat núm. 2
(octubre 2006)
by Pere Maragall
Joan Maragall, (1860-1911) was a poet of the "living word" and an opinion columnist who wrote between the romantic traditions of the Catalan Renaissance and the neoclassicism of Noucentisme. He was the first poet from Barcelona whose could write naturally in Catalan. He is modern not only because of his personal reasons, but also for how he treats his themes, for his reflections on language and for his philosophical and religious background. Hovering between the notion of "farewell Spain" and Iberianism, he has a valid influence on Catalonia which is always visible to a greater or lesser extent.

Whist contemporary writer Jacint Verdaguer (1845-1901) was famous for the revival of the Catalan language by way of cultured literature at the height of the Renaissance, Maragall, by way of his openness to literary currents and Western world thought and collision with Modernism at the turn of the century, is representative of Catalan literature's movement into the modern world.

He lived a bourgeois lifestyle in late 19th century Barcelona. Alongside the industrialization and growth in the city of this time came the rise of Catalan political nationalism gaining its first independent power stronghold with the rise of the Catalan autonomy in 1914 just after the death of Joan Maragall.

There are no extraordinary facts marking the course of Maragall´s seemingly calm and restrained life as physically weak rentier who would go on to be the father of a huge family – he had 13 children. The son of textile company owners from old money Barcelona, his destiny foretold that he should continue on his parent's industry, however, he managed to resist. He arrived at his literary maturity a little late, after having finished his Law degree and some years of disorientation. Following some months working intensively in order to keep his parent's business afloat, he had a crisis which he managed to overcome by enclosing himself in his literary vocation. At the start of 1890 he began to work as a reporter in the Spanish language publication Diario de Barcelona. He also got married to Clara Noble who hailed from an English and Andalusian family and was twelve years his junior.

Maragall had read Goethe in German, who he had discovered through Werther. The German author would be the foundations for Maragall's literary growth. He would go on to translate fragments of Nietzsche's work for the first time in the Peninsula. Later, Novalis, who translated Heinrich von Ofterdingen, provided him with poetic inspiration. Other influences such as Carlyle, Emerson and Spinoza cannot be underestimated such either.

From 1890-1910 he developed his poetic and journalistic activity according to a "poetic life" or "living poetry" program which allowed him to carry on being a rentier. Thanks to the stability provided by his marriage to Clara Noble, his frequently incandescent mood found an ideal counterpoint in the order and serenity of a quiet bourgeois life. His poetry and his articles show huge receptivity to natural landscapes. His great sensitivity connects the reader with the situations, problems and political aspirations of both the Barcelona and Catalan society at the turn of the century.

He also expresses his most true Catalan attitude towards the Spanish economic crisis of 1898, following the colonial disaster and in a dialogue with Miguel de Unamuno.

Although he didn't gain as much popularity as Jacint Verdaguer, he was, however, well-respected and listened to as a Catalan bourgeois moral councilor at the time of Catalan political consolidation. Nevertheless, he was isolated by the new generation of Noucentisme because he did not fit into the aesthetic conceptualizations of their movement, which was strategically linked to a right-wing Catalan political program and was plotting self-government with the Catalan Federation of County Councils (Mancomuntat de les diputacions provincials catalanes).

The combination of his unrepentant liveliness and youthful, anarchic and aristocratic individualism reappears in his later work and is further strengthened in later years after having faced the crucible of a crisis which shed new light on major background themes in his poetry and other pieces of writing. It could be described as a orientating line which defined the man inside Christianity: his discordant view was voiced because of the Tragic Week (Setmana Tràgica) in July 1909, using the almost prophetic tone of a man who understood the very best and worst of the Catalan "soul".

On the same line of inner tension his most sporadic poems of those years, found in the collection Seqüències (1911), must be read. Amongst these Spirit Song (Cant Espiritual, 1910) stands out, as does his only dramatic work Nausica. 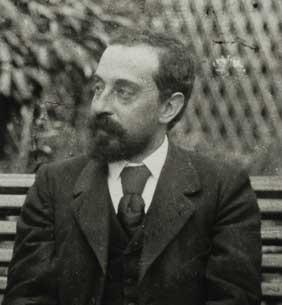