Visat núm. 15
(abril 2013)
by Sara Serrano Valenzuela
25 years staring at a blank page have allowed Lluís-Anton Baulenas (1958) to find the balance between popular literature and the technicalities of its more ambitious form. Control of language, rhythm, credibility, the sincerity of his themes and the way in which he holds a mirror up to society are some of the games that have enabled him to go on creating a true representation of reality – whilst also distorting it in some way – and to establish a permanent audience.

As a child he never said he wanted to be a writer and as an adult worked in various roles until he found himself bound for literary pursuits. To explain this, we have to go back to the 1980’s and reconstruct a slightly coincidental turn of events: Lluís-Anton Baulenas graduated in Catalan Philology and joined the world of teaching. At the same time, and without any particular purpose, he was introduced to the world of theatre. As a result of this he became aware of the possibility of carrying out creative enterprise. He left teaching and, since 1987, has dedicated himself wholly to literature.

In the theatre he has written, directed and acted. No hi ha illes meravolloses (There are no wonderful islands) (1992), Melosa fel (Bittersweet) (1993), El pont de Brooklyn (The Brooklyn Bridge) (1995) or Trist, com quan la lluna no hi és (Sad, like when the moon is not there) (1995) are some of his pieces that have been produced. However, it is in his narrative pieces where a lengthier, more representative and considerably more evolved trajectory of his work can be found. Towards the 1990’s his first forays into this field appeared: Sus scrofa (porcs) (Sus scrofa (Pigs)) (1988), Neguit (Worry) (1989) and Rampoines 451 (Lot 451) (1990).

During the 1990’s he starred in a historical trilogy made ​​up of Noms a la sorra (Names in the sand) (1995), Alfons XIV (1997) and El fil de plata (The Silver Thread) (1998). This trilogy perfectly explains one of the constants in an author’s life: talking about the past. However, that does not necessarily mean a historical novel. In Baulenas’ work the remains of the past are seen through a new lens: one that is young and personal. He was born in 1958 and fixed his starting point in previous historical periods. History is arranged like scenery, like paper on which the plot is sketched, and the author always carries out thorough research prior to commencing. Hence, Noms a la sorra is a rhythmic, exotic and sometimes bizarre journey of a Civil War survivor, while Alfons XIV takes place in the 1960’s and lays out the debate between the salvation of the State or individual justice. El fil de plata – in which we rewind to the start of the Spanish Civil War – concludes the trilogy with a love triangle consisting of two boys and a girl, who move along the thinnest of threads which separates love and friendship.

Love and its limitless forms are the backbone on which rests what could be seen as a second trilogy in the Baulenas corpus. In this case, the first text would be an unedited one, Bones obres (Good works), adapted into a film under the title of Anita no perd el tren (Anita doesn’t miss the train): a metaphor for the transience and tedium of life. Continuing this theme, Amor d’idiota (Love for Idiots) (2003) awakens the reader’s consciousness by placing us in front of an ‘idiotism’– a mixture of banality, boredom and the dullness of life – which is broken by a ferocious, explosive kind of love, seen by the protagonist as an opportunity to escape from the suffocation of existence. Finally, Àrea de servei (Service Station) (2007) brings us a story of divided love: he is unable to move and therefore physically dependent upon her who, despite her excellent and independent nature for which she makes a striking protagonist, is alas psychologically dependent on him. Here we see love on a deeper level: as a life support; as a drug.

Love and the persistent past aside, there are other integral elements of Baulenas’ work which remain to be talked about. Social reflection is one of the most interesting and one which we find, for example, in La felicitat (Happiness) (2001), set in the key moments in the construction of Barcelona’s Via Laietana, or El nas de Mussolini (Mussolini’s Nose)(2009), in which we bear witness to an internal struggle between personal ideals and real life. Often, as is the case in these two novels, the plot is located in the past but the meaning is purely present. Past or present, Baulenas is clear about the fact that he intends to stir his readers’ conscience when writing and it is with this aim that he shapes his characters. They all have one trait in common: they are survivors. The reader accompanies a character in an extreme situation, with their back against the wall, between life and death – such as Berta Panatis in El nas de Mussolini – or one in which survival is due to a physical limitation that increases their capacity for survival – such is the case of Berta's father or the man with a bone calcification problem in Àrea de servei. However, the richness of Baulenas’ characters does not end there. Sometimes they evolve away from the page and jump from one work to another – the case of Anita or the son in La felicitat who is brought back in another novel.

Of course, the previous classification does not mean to say that there is not a mixture of content in each of Lluís-Anton Baulenas’ novels. On the contrary, the collage constructed through the author’s control of different essential ingredients comes together to give us an excellent literary piece. History, love, social reflection, challenging themes and vivid characters are blended and diffused with a refined tone that, whilst remaining simple, is both precise and clear, rich and rhythmic. 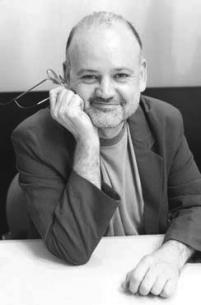