Visat núm. 11
(abril 2011)
by Pere Antoni Pons
Baltasar Porcel i Pujol (Andratx, Majorca, 1937 - Barcelona, 2009) is one of the widest-ranging writers in the history of Catalan literature, as much for the quality of his work as for its quantity and versatility. Porcel is known above all as a novelist, but he has also cultivated¬—with strength, audacity and rigor¬—many other genres: drama, short story, travel writing, historical and political essay, interviews with people relevant to the world of politics and art, as well as opinion pieces, which appeared almost daily from 1982 in La Vanguardia, a column in which immediate¬—and often controversial¬—reflection provoked by the conjuncture of daily events does not impede in-depth analysis, nor complex, robust, and wide-ranging thought. 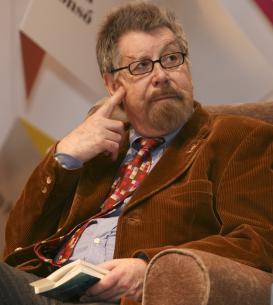