Visat núm. 16
(octubre 2013)
by Clàudia Roda Cucurull
An anthropologist by profession and a great lover of Africa, he has been compared to the literary greats: Edgar Allan Poe, Franz Kafka, Albert Camus, Joseph Conrad, Jules Verne, Robert Louis Stevenson, Rudyard Kipling, H. G. Wells, H. Rider Haggard, Howard Phillips Lovecraft and G. K. Chesterton, amongst others. Translated into nearly 40 languages, his international success is comparable to that of Mercè Rodoreda and his most recent novel has become an undisputed best-seller.

Albert Sánchez Piñol (Barcelona, 1965) abandoned his Law degree and studied Anthropology at the University of Barcelona. He is a member of the Centre for African Studies and has undertaken numerous field trips to the Congo to study Pygmies. His doctoral thesis research was cut short by the outbreak of the country’s civil war but the shadow of what he learnt stretches over his stories and has become one of the great defining features of his literature. He is currently a regular columnist in the Catalan newspaper Ara.

Before finding fame with La pell Freda (2002) (Cold Skin), Sánchez Piñol wrote encyclopaedias, entered local writing competitions and worked as a ghost writer. For a short time he even worked for an insurance company: an experience so tedious he reproduced it in a short story.

His first published work was Pallassos i monstres (2000) (Clowns and Monsters), a satirical essay which brings together the biographies of eight African dictators and analyses clearly and critically — the postcolonial situation in sub-Saharan Africa. This publication, translated into Spanish and Italian, marked his first publishing contract with Isabel Martí’s publishing house, La Campana, with whom he has maintained a successful relationship ever since.

In the same year Compagnie difficili was published in Italy, a work he wrote in collaboration with one of the quintessential writers of the Sardinian literary spring: the much revered Marcello Fois. Sánchez Piñol’s short story in the volume gives the work —which has never been translated into Catalan— its title.

In Les edats d’or (2001) (The Golden Ages), Sánchez Piñol presents us with the changes in fortune in the lives of eleven memorable — some more so than others — protagonists, revealing the author’s fascination with the human condition. Here, and in Tretze tristos tràngols (2008) (Thirteen Bad Patches), the short story genre allows him to develop his own literary landscapes through use of fantasy elements and eccentric characters who experience surprising— sometimes bizarre —situations. The combination of these results in precise narrative devices and final dramatic effects which make us laugh, leave us perplexed or even offend us: They are his trademark.

Les edats d’or, which has been translated into Russian, is the last book which the author penned under the name Albert Sánchez. It is to this collection which El bosc (The Wood) belongs: a short story which in 2012 inspired the film of the same name, directed by Óscar Aibar and for which Sánchez Piñol wrote the script. The film received a nomination for the Gaudí film awards in 2013 for best screenplay. El bosc tells the story of a family from Matarranya who, with the outbreak of the Spanish Civil War, have no desire to ally themselves with either side yet find themselves caught up in local conflict. Some mysterious lights which open the door to a fantasy parallel world are the only refuge for the head of the family, Ramon, who sees no other solution but to flee there without knowing if he will ever be able to return.

La pell freda is Sánchez Piñol’s first novel and marks a before and an after point in his career as a writer. With this book, he managed to launch himself onto the global market and position himself as the most international modern-day Catalan author. The novel, which has been translated into more than thirty languages including Hindi, Korean and Hebrew, contains fantasy-fiction elements and conjures up a ghostly island that is attacked by enemy monsters from deep underwater. As in Sánchez Piñol’s short stories, La pell freda explores the limits of the human condition. The monsters are, more so than monsters, the very essence of our fears: fear of one another; fear of everything which is different to ourselves; fear of everything inside us and of everything we don’t know. La pell freda won the Spanish National Radio Ojo Crítico prize in 2003 and the rights have been sold for a film adaptation of the same name, planned for release in 2014.

His second novel, Pandora al Congo (2005) (Pandora in the Congo) forms part of the trilogy which began with La pell freda and, at the time of writing, is yet to be completed. Pandora al Congo is a complex literary artifice: an amalgamation of traditions and genres; a perfect lie. The book, a novel within a novel, consists of various times and places. It primarily takes place deep in the colonial Congo throughout numerous expeditions to find rubber, ivory and diamonds, showing the moral destitution of the human race. It is during these raids that the reader meets an underground enemy — a new type of monster — which, for the protagonist Marcus Garvey, signifies the discovery of horror and of the heart of darkness, but also of love. Pandora al Congo, for achieving all of these things, received the 2006 Serra d’Or Critics’ Prize.

After the publication of Tretze tristos tràngols in 2008, Albert Sánchez Piñol has achieved huge success with unprecedented sales figures for his historical novel Victus. Barcelona 1714 (2012) (Victus, The Fall of Barcelona) which recreates some of the key episodes in the Spanish War of Succession of 1714 and, in particular, the siege of Barcelona. It is done, however, irreverently: usurping some heroes and glorifying others, who are made all the more epic for their simplicity and anonymity. He writes informatively, with dashes of humour and the picaresque. The book follows the adventures of Martí Zuviría, a young engineer and assistant to the general commander of the Army of Catalonia, Antoni de Villarroel, whose army of men and women were doomed to fight in a war that was not really theirs because they found themselves there, because everyone had abandoned them, and because sometimes the only dignified exit is through resistance. Victus is a work that connects with the past whilst maintaining surprising parallels with the current situation in Catalonia: it makes the reader think about Catalonia’s origins and, more than anything, the direction in which it is heading.

The novel’s publication was not, however, without controversy, given that Sánchez Piñol decided to write it in Spanish. This is a decision which he has since had to defend many times. The Catalan version, translated by Xavier Pàmies, was finally released for St. George’s Day in 2013 and won the Illa dels Llibres III Readers Prize.

The Carmen Balcells literary agency, who represents Sánchez Piñol, has already sold the translation rights of Victus for German, Brazilian Portuguese, Korean, Croatian, Finnish, French, Dutch, English, Italian, Norwegian and Russian. La Campana is responsible for its distribution within Spain whilst the distribution rights in Latin America have been sold to Alfaguara. The majority of the aforementioned translations are expected to appear in 2014, with the French version already available.

Furthermore, Albert Sánchez Piñol, who read the 2013 Pregó de la Lectura speech on St. George’s Day in Catalonia and has already finished a film adaptation of the novel which, it is hoped, will become an international blockbuster in English, shedding light on this period of Catalan history outside of its borders and, of course, beyond literature. 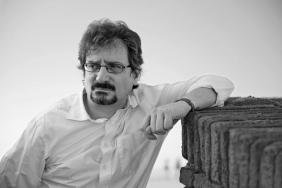 La pell freda in other languages