Visat núm. 4
(octubre 2007)
by Ricard Ripoll
Josep Palau i Fabre (1917-2008) is one of the great figures of contemporary Catalan literature. Poet, dramatist, storyteller, essayist, translator, Palau i Fabre is, without a doubt, the representative of a demanding, radical literature. For a long time he was considered a poet cursed, ignored by cultural institutions, abandoned by the elites of official culture. Today, he has emerged as the greatest among living Catalan writers.

Palau i Fabre was born in Barcelona on April 21, 1917. Early on, he had contacts with the world of art. His father was a painter and decorator. He directed the clandestine journal Poesia (1944-1945), where he prepared translations of Rimbaud and Lautréamont. He went to France, thanks to a fellowship, and settled there from 1945 until the late 1960s.

His meeting with Picasso was decisive and made him into one of the most important experts on the painter's work, dedicating more than twenty volumes to him. The most important of these were translated into a dozen languages; it is worth mentioning his Picasso cubisme (1990). Also fundamental for his work was a second meeting, that with Antonin Artaud. Palau translated his poems ( Versions d'Antonin Artaud , 1977) and wrote an essay on his work in 1976, Antonin Artaud i la revolta del teatre modern (Antonin Artaud and the Modern Theater Revolution). 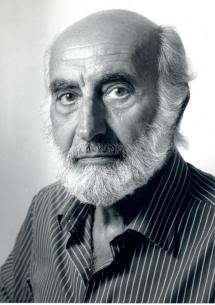