Visat núm. 2
(octubre 2006)
by Antoni Martí
Feliu Formosa was born in 1934 and started publishing his poetry in 1973, with Albes breus a les mans. His most recent works are two volumes of his diaries that appeared in 2005: A contratemps and El somriure de l’atzar. Between their publication dates he was awarded the “Premi d’Honor de les Lletres Catalanes”, which represented yet another occasion on which his literary and theatrical career received acclaim, despite his invisibility and modesty; he was always surprised to find himself observed – not to say admired – by many readers, and moreover readers of a certain kind who are also invisible.

There is an invisible thread that links these dates, genres and forms and runs through all his publications, converting them into a permanent meditation and showing a unity of essence. This unity is not, however, exempt from certain shifts of emphasis, such as the relationship with death in Cançoner (1976) and in the first volume of El present vulnerable, (1979); or in a complementary but somewhat different way in Si tot és dintre (1980) and Darrere el vidre (2004), that are volumes of self-observation in poetry rather than assembled poems.

It is a waiting that is without time, but formed of time, keeping it present in his mind, like the present. His early diaries, El present vulnerable (1979), which were begun in 1973 and were marked by the same wounds as Cançoner, were also troubled by another piercing wound: the translation into Catalan, at precisely the same time, of Franz Kafka’s Diaris (1979). And his most recent translation is also of a work by Kafka, the Aforismes de Zürau. As before, the self-observation learned from Kafka makes its appearance again in the most recent diaries, as it probably will too in those as yet unpublished.

Formosa’s theatrical activities, his daily work on translations, his nightly wait for the poem, his everyday life, the journeys as brief as the words that describe them, the portraits, the loves, the deaths, the poems by others, those others themselves – all constitute a permanent reflection that can be materialised in a poem, a translation, a diary entry, a short story. Together they are moments that he writes about: giving them all his time. 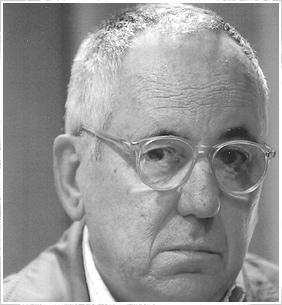