Visat núm. 6
(octubre 2008)
by Xavier Bonillo Hoyos
Ramon Llull (Palma de Mallorca, 1232-1316) is the author of the earliest Catalan novels and one of the first medieval authors to write scientific texts (theology, medicine, philosophy, logic, etc., areas principally reserved for Latin) in the vernacular. All told, Ramon Llull has traditionally been considered the father of Catalan literature, although it must be said that the principal aim of his work (which includes 265 books, written both in Catalan and Latin) was not strictly literary, but rather the creation of a universal philosophical system capable of rationally, objectively explaining and justifying the principles and mysteries of the Christian faith, a system which he himself called Art.

Llull's Art sought to improve upon the shortcomings of scholasticism (the systematization of all theological knowledge of the time, using the dialectic method and the arguments of earlier authorities), with its dearth of rational explanations of the dogmas of faith, in order to offer an intellectually effective mode that would favor the conversion of followers of other faiths to Christianity, which was one of the principle concerns of his time. From this point of view, a large portion of his writings turns out to be quite illustrative of the sensibilities and needs of medieval society in the second half of the thirteenth century, when a new and vigorous, commercial, secular citizenry, in general lacking a basic university education (which is why they had certain difficulties in reading in Latin), began to insist on texts in the vernacular, both literary and theological or scientific works.

According to the various evolutions of Llull's Art, critics segment his work into four periods: the pre-Art phase (1272-1274); the quaternary phase (1274-1290), which is also subdivided into the phases of Art abreujada d'atrobar veritat (Art Abbreviated to Find Truth, 1274-1283) and Art demostrativa (Demonstrative Art, 1283-1289); the ternary phase (1290-1308); and the post-Art phase (1309-1315). In the pre-Art phase, Llull wrote his first works of a markedly philosophical and mystical character, among which should be highlighted the Llibre de contemplació (Book of Contemplation, 1273-1274), a magnum opus of encyclopedic quality, with some autobiographical references, which prefigures his Art and advances many of the themes developed later in his work. During the quaternary phase, Llull's literary expression culminated with various works that, without abandoning artistic motifs, present some commonalities with the literary models of the time, such as the Llibre contra Anticrist (Book Against the Antichrist, 1274-1276), a small original treatise which presents an alternative to the traditional apocalyptic and millenarianist writings about defeating the Antichrist; the Llibre de l'orer de cavalleria (Book of the Order of Chivalry, 1274-1276), a treatise on medieval chivalry in the service of God and justice, which influenced don Juan Manuel and Joanot Martorell's Tirant lo Blanc ; the Doctrina pueril (Youthful Doctrine, 1274-1276), a didactic collection about the fundamentals of Christianity for adolescents; the Llibre del gentil e dels tres savis (The Book of the Gentile and the Three Wise Men, 1274-1276), a magnificent literary example of the idea of Llullian conversion through dialogue with other monotheistic religions; and above all the two novels written by Llull: the Llibre d'Evast e d'Aloma e de Blaquerna son fill (The Book of Evast, Aloma, and Blaquerna Their Son, 1276-1283)—the seventh chapter of which is the mystical treatise known by the title Llibre d'amic e amat (Book of the Lover and the Beloved), one of the most beautiful and well-known compositions of the Majorcan, which circulated independently—and the Llibre de meravelles (Book of Marvels, 1288-1289)—the seventh chapter of which is the popular apology known by the title of Llibre de les bèsties (Book of the Beasts). From this time forward and through the ternary and post-Art phases, the literature was progressively less relevant, because Llull preferred to concentrate his strength on his theological, scientific, missionary, and mystical writings in Latin. Ramon Llull also wrote poetry; although, like other Catalan troubadours of his era and before, he wrote his verses in Occitan, because at that time Catalan poets considered Occitan to be a more appropriate language for the lyric, with more of a tradition (this would remain true until the second half of the fifteenth century, with the appearance of Ausiàs March). In general, Llull's poems deal with his habitual religious and mystical themes. Among other compositions it is worth highlighting the following: Lo Pecat d'Adam (Adam's Sin, 1276-1283), Plant de nostra dona santa Maria (The Lamentation of Our Lady Saint Mary, 1290-1293), the Cent noms de Déu (The Hundred Names of God, 1292), the Desconhort (Discomfort, 1295) and the Cant de Ramon (The Song of Ramon, 1300).

The memory of Llull, his missionary endeavor, and his writing, has lasted thanks to a good number of followers of his thought, known by the name of Llullists (such as Pierre de Limoges, Tomàs le Myésier, Nicholas of Cusa, Leibniz and Iu Salzinger). From their different perspectives, these men have conserved and disseminated his work since the end of the thirteenth century until now. Llull should be remembered as a philosopher, theologian, social reformer and prose writer. But above all he should be admired for his tenacity and for his conviction that literature is a way to better the world. 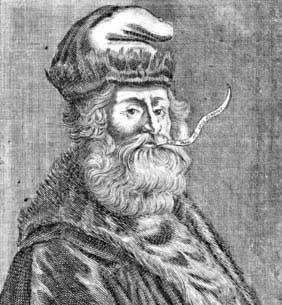