Visat núm. 9
(abril 2010)
by Enric Gallén
Over the course of forty-four years, Josep M. Benet i Jornet has configured a personal and compact dramatic universe, formed by forty-six works and characterized by thematic constants, by the search for new expressive and formal codes, and by the desire to avoid the identification of his theater with any particular aesthetic.

In his first works— Una vella, coneguda olor (An Old, Familiar Smell, 1963), Fantasia per a un auxiliar administratiu (Fantasy for an Administrative Assistant, 1964)—Benet, influenced by Spanish and North American realist theater, showed a dislocated vision of the sixties using young protagonists incapable of facing a reality perceived as hostile and oppressive. In revisiting the past by means of the Drudània myth trilogy —Cançons perdudes (Lost Songs, 1966), Marc i Jofre, o els alquimistes de la fortuna (Marc and Jofre, or the Alchemists of Fortune, 1968) and La nau (The Ship, 1969)—Benet reflected on the nation, the system, and western society, using techniques derived from Brecht and epic theater. The author culminated his Brechtian apprenticeship with Berenàveu a les fosques (You Were Taking Tea in the Dark, 1971), where he had it out with particular political and ideological attitudes of Catalan society during the reign of Franco. The scenic failure of the work, however, obliged him to show, without renouncing the path he had set upon, that he could also develop his questioned capacity for theatrical experimentation and imagination. Thus were born La desaparició de Wendy (The Disappearance of Wendy, 1972), a bittersweet exhibition of theatrical passion, and two titles of drama for young people, Supertot (Superall, 1973) and El somni de Bagdad (The Dream of Baghdad, 1975). Finally, Benet stretched the realist base of the text to the limit in Revolta de bruixes (Witches' Revolt, 1975), looking to convert it into a vehicle of impossible communication and thus expose the ideological debate between Reason and Irrationalism.

From his written production between the years 1976 and 1988, it is worth mentioning Descripció d'un paisatge (Description of a Landscape, 1978) and El manuscrit d'Alí Bei (The Manuscript of Alí Bei, 1984). In the first, Benet hints at the central theme of El manuscrit d'Alí Bei : human insatisfaction and the impossible dream of Atlantida, which was already present in La nau . He further insists on the confrontation between Reason and Irrationalism, already considered in Revolta de bruixes and Elisabet i Maria (1979), and on passion for theatrical writing, included in La desaparició de Wendy .

Desig (Desire, 1989) returns to the implicit theme of unattainable happiness seen in La fageda (The Beech, 1977). None of the work's characters can attain a state of absolute happiness, because human beings cannot overcome a destiny that denies the possibility of this ideal. It is only possible to attain specific moments of plenitude, embodied by a fleeting and unhealthy desire. To describe Desig following Harold Pinter, as a result of a decided stylistic and formal renewal of language, specific thematic elements that had already been used, such as that of the emotions, began to acquire a greater prominence in Benet's theater. Thus, in Fugaç (Fleeting, 1992), he exposes the question of different ways to apprehend the meaning and justification of life through its six characters. One year later, he wrote E.R ., a “parable of the world of theater.” Moreover, once Benet had attended to the blind alley signified by Fugaç , he looked for an “optimistic” route to the nihilistic attitude of the doctor protagonist, and he found it in developing the position defended by the Friend character in Fugaç . The result was Testament (1995), which recognizes that the artistic or intellectual inheritance can give meaning and justification to life. On another level, in El gos del tinent (The Lieutenant's Dog, 1996) and Olors (Scents, 1998), Benet culminates, perhaps, some of his thematic obsessions. In the first, linked to certain political preoccupations seen in Berenàveu a les fosques and Descripció d'un paisatge , Benet attacks totalitarian power that uproots and crushes without thought or remorse. As for Olors , Benet closes the trilogy begun with Una vella, coneguda olor and Baralla entre olors (Battle Among Smells, 1978) to offer us a desolate vision of the ravages of time's passing on a neighborhood's way of life, and the citizens who witness with impotence the radical and arbitrary disappearance of spaces and buildings—their memory—because of urban decisions made in pride and scorn.

The new century just begun, Benet prepared Això, a un fill, no se li fa (You Don't Do That To Your Child, 2000), a model of acidic and gut-wrenching comedy, closely related to the drama of Joe Orton. A year later, in L'habitació del nen (The Child's Bedroom), Benet showed a limit-situation, based on repercussions of a presumed accident—the death of a child. Who is right? The father who believes that trauma must be accepted because “it educates and helps one to mature,” or the mother who is afraid of accepting the loss of her loved one? Benet limits himself to “observing” the characters and “leaving” the response to the judgment of each reader/spectator. Finally, in Salamandra (Salamander, 2004), Benet returns to inquietudes about the preservation of Catalan culture expressed in Cançons perdudes , with different techniques, methods, and dramatic situations. The author's preoccupation with one of his most prized attachments—language—places him within a global danger of extinction, which targets symbolic characters, representatives of a humanity condemned to live with pain and yet with hope of its salvation. 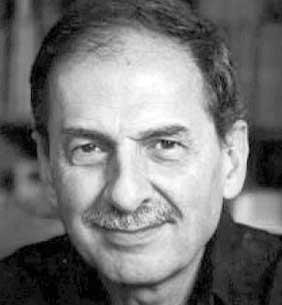