Visat núm. 7
(abril 2009)
by Jordi Castellanos
Caterina Albert i Paradís (L’Escala, 1866-1969) was a writer better known by the penname Víctor Català, adopted just after the scandal caused by her winning a prize at Olot Floral Games in 1889 for her monologue La Infanticida. Conservative supporters considered it inappropriate of a woman.

Adopting a masculine penname — a regular strategy employed amongst female writers of that period— allowed her to preserve her own freedom and therefore the authenticity of her own work as well. After Rural Dramas was published in 1902, she discovered a type of game within her writing and wanted to maintain it as a way of exposing her own literary character. This acted as a contrast to her "private" character denoted by her first name. She always desired to keep one separate from the other.

Hailing from L’Escala in the north of Catalonia, Víctor Català basically educated herself, but despite this, right from her first works we can see that she is comfortable as a writer: she was always up to date with the latest contributions to Modernism and she became part of that movement when she chose the innovative magazine Joventut as the literary platform which best suited her militant attitude. This magazine —and publisher— published her first and most influential novel Solitude [English translation by David H. Rosenthal, 1992] and afterwards, a collection of narratives called Caires vius (Living Aspects, 1907).

Víctor Català consciously aimed her work at different audiences, including women and the bourgeois and she also got involved with Il·lustració Catalana, a magazine which then published a collection of her poems called Llibre blanc (White Book). As soon as this collaboration came about, Joventut disappeared and she began to familiarize herself with aesthetic trends which did not coincide with her own—those of Noucentisme— leading her to be stricter with her work. As a consequence Victor Català refused to adopt the renovation of the Catalan language led by this movement: she presided over the Barcelona Floral Games in 1917, formed part of the Official Academy of Catalan Language and she was chosen as a member of the Real Acadèmia De Bones Lletres de Barcelona. Although she went in the opposite direction to youth movements of the time, she is still a well-recognised figure nowadays. In 1926 Tomàs Garcés dedicated an extensive interview to Víctor Català, proving just how well-respected she was.

The majority of her works do not change: a substantial part of them were written at the beginning of the twentieth century. Her only attempt at a giving her work a face-lift was mingling it with cinema —a novel called A Film published in the 1926. In 1920 she published a new collection of rural dramas called Mare-balena (Mother Whale), followed by Marines (1929) and Contrallums (Against the Lights, 1930).

The war which took place between 1936 and 1939 put her in a difficult position: her house was looted and consequently she welcomes a fascist victory with arms wide open, and she treats it like a type of atonement. She even publishes Retablo (Altarpiece, 1945), a compilation of prose translated into Spanish. Shortly after, however, she took up an unmistakable position concerning language and she published Mosaic (1946), a part of a series of memories still remains unpublished. Following that, in 1949, Vida mòlta (Life Worn Out) was published and two years later Jubileu (Jubilee). They were followed by her Complete Works, despite the fact that a good deal of her material was missing.

Víctor Català was a living symbol whose mastery was finally recognised when she became part of the Saint Lucia Prize (one of the most important prizes in the Catalan language) which now carries her name. In 1960 the publication of a poetry collection compiled by different writers, Els set pecats vistos per 21 contistes, paid homage to her. After falling ill, she spent her last years in L’Escala where she was practically bed bound.

Even though she was mainly dedicated to writing theatre (well-renown for the monologue La Infanticida) and her poetry, the most important part of Víctor’s literature is the narrative, and above all, the novel Solitude. Her 1902 work Rural Dramas brought about an intense and concentrated narrative style which was, above all, the result of aesthetic principals coming from the modernist narrative: the rural theme and its treatment sought to strengthen not a naturalistic analysis, but rather a synthetic vision and a symbol of human reality even more so.

Many of her stories touch on issues found in typical crime reports such as violence, true crime, revenge, and so forth. Her goal was to translate human drama, the horror of pain and death, and ultimately, how impossible it is for man to escape his fate. In her narrative we spot rural conflict and human originality hidden behind the façade of the human appearance.

Only because her work is so focused on individual identity, does it take on such a unique meaning, especially when it comes to a theme present throughout work and intensified in her later works: the situation of the woman. The marginalization suffered by women which turns them into victims, helps the moral conscience to flourish. This idea saves us from tragedy. On the other hand, it makes the theme even more alive, just as demonstrated in her novel Solitude, which is undoubtedly one of the most important literary works in contemporary Catalan literature. 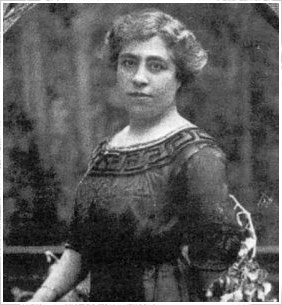