Visat núm. 1
(gener 2006)
by Hèctor Moret
Jesús Moncada i Estruga was born into a family of small traders in Mequinenza (Aragon) at the confluence of the rivers Ebro and Segre on 1st December 1941 – during the gruelling period immediately after the Civil War and in a town that had been on the losing side. In 1966, encouraged by the historian, journalist and translator Edmon Vallès, also from Mequinenza, he moved to Barcelona and a year later started work with the publishers Montaner y Simón as assistant to the production manager, Pere Calders, who also persuaded him to write and with whom he kept up a close friendship.

Montaner y Simón closed down in the early 1980s, which mean that Moncada was able to devote more time to writing, although he had to combine this incipient career with translations and other jobs for Catalan publishing houses. It was a career that continued uninterrupted until the appearance in the summer of 2004 of the first symptoms of the serious illness that led to his death in hospital in Barcelona on 13th June 2005.

Although the publication of his first and second collections of short stories, Històries de la mà esquerra (1981) and El Cafè de la Granota (1985), caught the attention of a number of readers and reviewers, it was not until the appearance of the novel Camí de sirga (1988) that he finally obtained recognition from critics and public alike. Thanks to this extensive and wide novel, he has won him a leading position in Catalan literature of the last few decades. His novels are a portrait of life over almost a century in Mequinenza and along the Catalan stretch of the Ebro, with a cast of characters and a constant shuttling between past and present spanning a period from the First World War to 1971, the year of the town’s slow decline following completion of the Riba-roja dam. International acclaim was not long in coming, and to date Camí de sirga has been translated into fifteen languages.

Montcada’s second novel, La galeria de les estàtues (1992), tells the story of Dalmau Campells, a young student from Mequinenza training to be a teacher in the fictional town of Torrelloba, located in central Spain and easily identifiable with Zaragoza, where the author did his teaching training studies. It is set in the late 1950s, with numerous flashbacks to the time of the Civil War. The action shifts back and forth between Torrelloba and Mequinenza, with the characters moving through a dismal, grey town.

In his third book, Estremida memòria (1997), Mequinenza and its inhabitants again almost entirely dominate the scene. A significant event in the history of the town – an outbreak of banditry in 1877 that had survived in the collective memory and oral tradition of the people of the town and the surrounding villages – appears as the central thread of the story. In this kaleidoscopic novel that is almost as extensive as Camí de sirga, social and particularly political repression are described uninhibitedly and with a touch of bitterness. Again the collective memory of the townspeople – referred to in the title of the book – plays a leading role.

The third collection or series of short stories Calaveres atònites (1999) has on occasion been described as a quasi-novel or a novel of people, a view that is backed by the inclusion of a prologue and an epilogue – both of them fictitious or literary – narrated respectively by a naïve young lawyer posted as clerk to the court in Mequinenza in the 1950s and, with irony and wisdom, by the local judge.

Cabòries i estivals i altres proses volanderes (2003) contains all the author’s articles for the press and unpublished writings.

Jesús Moncada’s literary œuvre is centred mainly on Mequinenza and it surrounding area, on the events both large and small that make up the history of this town from 1860 to 1971, and on the behaviour and mentality of its inhabitants both past and present. In order to understand why the author has devoted almost his entire body of work to this specific place and period, we need to bear in mind – in the context of a mainly agrarian economy in the area – the singular nature of Mequinenza's commercial and particularly industrial economy, based on the mining of lignite and its transport by river; and also the particular social relations in a town inhabited mainly by shopkeepers, wage earners (miners and boatmen) and businessmen (the owners of the mines and boats) plus a few peasant farmers. We should also take into account the many hours that Moncada spent in his parent’s shop, in the town’s numerous cafés or simply in its streets and squares, during his childhood and adolescence, listening to the tales, anecdotes and adventures – real or imagined – of the shopkeepers, miners, shipwrights and particularly the boatmen.

Mequinenza and the relations between its people therefore became the starting point that, together with an undeniable narrative skill, a voracious capacity for reading and a colourful but controlled imagination, enabled Moncada to create a small literary universe or microcosm, richly evoked in all its minutiae, in which the town’s collective memory takes centre stage. It is a universe based on reality but with clear epic connotations, to the point that some people have even described it as the Mequinenza myth. It is a myth that paradoxically seems to have only been able to arise out of the disappearance of the real Mequinenza – its old historical centre, the traditional river traffic on the Ebro, the decline of exports of lignite, etc. – brought about by modern times, by the huge socio-economic changes in the last years of the Franco regime, and particularly by the construction of the Riba-roja and Mequinenza dams on the Ebro, a waterway that until then had been the most important feature of local life. 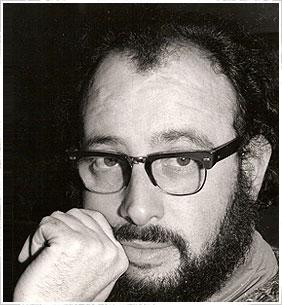 Camí de sirga in other languages