Visat núm. 12
(octubre 2011)
by Montserrat González
Born February 1st 1918 in Tarragona, Montserrat Abelló's childhood was split between Cadiz, London and Cartagena because her father’s job required travelling. He was a naval engineer. Her first contact with the English language, used in later life as a vehicle for work, and the plurality of these diverse environments certainly does not imply any disconnection between her and her mother tongue. Quite the contrary, in fact: they reaffirmed her state as a female Catalan poet and the passion of a translator who fused cultures through her words.

Montserrat Abelló's career began in 1935 when she studied at the University of Barcelona and formed part of Carles Riba and Joan Mascaró's circle of students. When the Civil War broke out, she started to work as an English teacher in a public school in Barcelona, and she participated in a large number of cultural activities flaring throughout the city. In 1939, she took the initiative to go into exile with her father. This first led them to move to France, then to England and finally to Chile. In Valparaiso she worked as a management secretary. In the same city she met Joan Bofill who she married in 1943. The high point of their family life together was the birth of their three children.

Over the years to follow, Montserrat Abelló combined her position as a mother with work as a translator and English teacher. During that period she came into contact with other writers and exiles, such as Joan Oliver, Pablo Neruda, Roser Bru and Rafaela de Bueno, who encouraged her to start out as a poet. In 1960 the whole family returned to Barcelona and finally, Montserrat Abelló established herself as a teacher at the Institució Cultural del CIC (an important cultural learning centre in Barcelona).

In 1963 the publication of Vida diària (Daily Life), her first book of poetry —featuring a prologue and support from Joan Oliver— marked the peak of her perseverant intellectual activity. From then onward she incorporated writing into the daily flurry of her own life, although it was not until 18 years later that she published any more work. At the start of the seventies she discovered Sylvia Plath, and immediately she felt drawn to her free verse cadences. Her perception of the utilization of words was very similar to Montserrat's own style, but unlike the poetry characteristic of that period in its decoration and metric structure. Montserrat Abelló unravelled the thread of interest she had for Sylvia Plath in Anglo-Saxon poets (Adrienne Rich and Anne Sexton amongst others), and finally she went back to working as a translator. Specialising in comparative studies in English and Catalan phonetics— an analysis which the writer considered essential for faithful translation of rhythm, sound and meaning of words— Montserrat Abelló finally graduated in 1975 with a degree in English Language and Literature. We must also pay attention to her role as a translator (she was honoured with the St. George's Cross in 1998), as her contributions to Catalan culture allowed for the discovery of female Anglosaxon poetry— a world previously unexplored until that moment in time.

Montserrat Abelló's poetic beginnings were widely labelled as late because of two factors: the fact that it was not until she was forty-five that she published Daily Life and for the lengthy wait before the release of her second book. It also true that Abelló's life was not affected by poetry until she was older, perhaps because women need their own space which gives them intimacy away from the "dishes". Pehaps, like other artists such as Frida Kahlo, she needed to find a motive allowing her a channel for communication to flourish, as Abelló herself reminds us in the Spanish literature magazine Punt de lectura: "Our third son was born shortly after; his diagnosis had a huge impact on me given that at time no one could study, the medical and education facilities that, luckily, we have these days barely existed. It made me feel the necessity to express everything that, as a woman, I'd kept inside for a long time." The seeds Montserrat Abelló used to cultivate her poetry were her own attitude as a woman, a relentless search for the precise word as a tool for expression and love as a catalyst for her work.

Montserrat Abelló's poetry is characterized by short, free verses and motors of articulatory rhythm which have a harmonic structure. Her poetry flows naturally without getting trapped in the usual trivial anecdotes that often imprison verses. This allows her to explore an extended range of feelings, hence the broad titles of her poems. Reading the symbolic evolution of her verses is like making a chain of diverging movements: we start the journey in Daily Life with the image of a tree, a stone or the air responding to the internal struggle of "Me, the Poet" with a pathetic fallacy, which express themselves freely in a world restricted by obligations. The movement is represented by hands struggling to restore the essential balance between doing and creating. In the wake of Paraules no dites (Words not said, 1981), the word – printed or simply a thought- became an outward cry of inner anguish or rebellion suffering from loneliness and waiting. El blat del temps (The Wheat of Time, 1986) is characterized by expectation in the passivity of time stuck in the memory and the ideas of "You" and "I" melting into the blood of "us."

Foc a les mans (Fire in hand, 1990) burns with impatience, and older motifs return to her work, such as the hands or the cry, giving the sensation of life as "a pendulum that always returns to the same point of origin". But it is not until L’arrel de l’aigua (The Root of Water, 1995) that the idea of the diverging game becomes pure. It confesses an uncertainty, the grief of nature and words, a cry evolving into a howl, and finally a body yearning for desire undresses itself. But time runs out in Són màscares que m’emprovo (Masks of Sleep That I Try, 1995). The inseparability of "you" from blood ends up in a profound sadness shipwrecked in the invitation to poetry. Dins l’esfera del temps (In the Sphere of Time, 1998) and El fred íntim del silenci (2009) maintain the invulnerability of this temporal cyclical movement, and once again, the poetic "I" tries to re-establish her place in words: "And I look for new means to/ gauge new measures." Thanks to Memòries de tu i de mi (Memories of You and Me, 2006), the orphans of desire, the search, the hand, nature and time come together as a combination of loving words.

When we read Montserrat Abelló's work and we awaken the way we see the world, we become capable of understanding the primer used to compose her poetry based on all things. It is a subtle detail, as slow a process as a climber's ascent to the top of a mountain and as profoundly natural and constant. From that moment on, a smile and feeling of warmth around us are inevitable because her voice spreads the joys and sorrows of life whilst celebrating life at the same time. 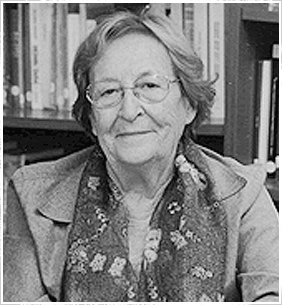