Visat núm. 2
(octubre 2006)
by Cristina Badosa
Josep Pla's prose is easily digestible, free from rhetoric and nineteenth-century archaisms. It is a lively prose that through his experience as a journalist, intelligent selection and ordering, and the ability to convert everyday language into literary discourse has become a model for later generations of writers.

Two dates mark Pla's literary output: 1925 and 1965. The ambition to leave a record of his times in lengthy memoirs had its culminating points in those two years, although he had repeatedly expressed this desire before the publication of Coses Vistes (1920-1925) . In 1921 he had declared his preference for memoirs as a genre. In 1927, after the work was published, he decided to continue the project, but it was one that he was unable to resume until after the Civil War. The year 1965 was a milestone: by then he had had thirty-seven volumes published by Editorial Selecta, completing the circle started in 1921. But he wanted to produce something more complete that would encompass his whole experience of life.

In 1966 he published El quadern gris, a diary he had begun in 1918 that had enabled him to find his narrative voice, and which he completed in 1965 after becoming a professional writer. The mature Pla had recognised himself in the young man full of vitality and contradictions, in the typical anti-hero of the First World War. The diary describes a process that had begun with an enthusiastic desire to be a writer and ended with the achievement of this ambition after a journalistic and literary career spanning more than forty-five years. The narrator is a fictitious character who gives unity to the assortment of opinions, comments and reflections through the dramatised representation of the act of writing. Distance and tradecraft helped him to create the impression of proximity. The reader becomes captivated by the game, identifying himself with the author and sharing his concerns and emotions. This book is start of the last edition of the complete works that were to occupy him during his old age in writing about his life and his country. The subjects covered in this first volume reappear again and again in the Obra completa, which contains material that mainly appeared before the Civil War and has been subjected to revisions, reworkings and continual extensions.

Time and memory are what provide the perspective and the tone of the Obra completa, honing the asperities of youth, making the approach to reality more human and intimate. Pla was responsible for the final ordering of his works – diaries, travel writing and guides, portraits, biographies, political reporting, short stories, novels, poetry, essays – from the viewpoint of his personal life and sense of tradition. Forty-four volumes that encompass a multitude of local and international subjects, traditions and contemporary chronicles, the immediate environment, the history of the country through the lives of those people who played such an active role in constructing it. In his desire to salvage his memories from the destructive effects of time, which he had already considered in 1930 in the third volume of Cambó and which was to be the central theme of all his later work, he compiled sixty Homenots and around a hundred Retrats. The purpose was to make a contribution to our knowledge of history on the basis of a personal assessment. “My main aim in publishing these papers is to address young people and to save them from the injustice of oblivion.” (Homenots, sixth series, 1959, p. 5).

Saving history from oblivion and also saving the country in the face of the continuous changes. Josep Pla transcends the landscape with a more profound meaning that goes beyond mere description. He does not simply seek the most appropriate adjective to reproduce reality but tries to find the reason for the emotion that this reality arouses in him. The cultural, political, aesthetic and moral reflections that come from observing his immediate surroundings are born of the need to discover the secret they conceal, the significance of a fleeting yet striking impression, the descriptions of scenes from everyday life, the actions of men and women. Pla is not merely a commentator with a sharp eye but an essential point of reference for an anthropological analysis of Catalonia and its people.

A privileged witness to the important events leading up to Second World War – Paris after the Great War; Italy and the March on Rome; Germany during the Weimar Republic, the depreciation of the mark and Hitler's rise to power; the General Strike in London; and the advent of the Republic in Madrid – Josep Pla is able to write about events in Europe from two angles that complement each other. Firstly, his personal viewpoint, in which the superimposition of memories, experiences and interpretations are translated into images imbued with sensuality; and secondly, the historical perspective, with constant references to the political and economic situation, social conditions and the arts.

Pla creates a model prose because he knows how to find the right perspective on reality, and this is the basis of his highly personal style. The relationship with nature enables him to stand back from and relativise human behaviour. The ineluctability of natural phenomena hovers above the human pretensions; an existential scepticism expounded with a linguistic strategy, introducing idiomatic expressions, popular sayings and individual creations into the more rhetorical and scientific discourse, turning round the meaning so as to show the absurdity and weakness of cliché, hypocrisy and human vanity. Contrast is at the root of the images, comparing the effects of architecture or of the landscape with food, the attitudes and movements of people with those of animals, feelings with the quality of the most ordinary, humble objects or with the weather. Pla uses all the resources of comparison, adjectivisation, personification, enumeration, with short, juxtaposed, independent, sensual phrases that distort the apparent truth in order to discover the meaning behind it. The most simple observations of reality encourage moral reflections or play it down through humour. 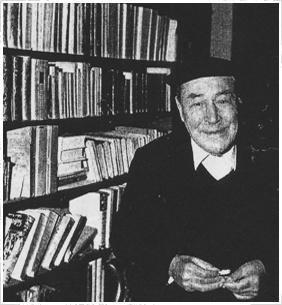 El Quadern Gris in other languages