Mercè Rodoreda
The time of the doves

“What if my fiancé finds out?”

He brought his face even closer and said, laughing, “So young and you’re already engaged?” And when he laughed his lips stretched and I saw all his teeth. He had little eyes like a monkey and was wearing a white shirt with thin blue stripes, soaked whith swear around he armpits and open at the neck. And suddenly he turned his back to me and stood on tiptoe and leaned one way and then the other and turned back to me and said, “Excuse me,” and started shouting. “Hey! Has anyone seen my jacket? It was next to the bandstand! In a chair! Hey…” And he told me they'd taken his jacket and he’d be right back and would I be good enough to wait for him. He began shouting, “Cintet… Cintet!”

Julieta, who was wearing a canary-yellow dress with green embroidery on it, came up from I don’t know where and said, “Cover me. I’ve got to take off my shoes… I can’t stand it anymore. “I told her I couldn’t move because a boy who was looking for his jacket and was determined to dance with me had told me to wait for him. And Julieta said, "Then dance, dance..." And it was hot. Kids were setting off firecrackers and rockets in the street. There were watermelon seeds and empty beer bottles and they were setting off rockets on the rooftops too and from balconies. I saw faces with handkerchiefs. The musicians happily playing away. Everything like a decoration. And the two-step. I found myself dancing back and forth and, like it was coming from far away though really it was up close, I heard his voice: "Well, so she does know how to dance!" And I smelled the strong swear and faded cologne. And those ears like little medallions. That rubber waistband digging into my waist and my dead mother couldn’t advise me, because I told him my fiancé was a cook at the Colón and he laughed and said he felt sorry for him because by New Year’s I’d be his wife and his queen and we’d be dancing in the Plaça del Diamant.

And he said by the end of the year I’d be his wife and I hadn’t even looked at him yet and I looked him over and then he said, “Don’t look at me like that or they'll have to pick me up off the ground,” and when I told him he had eyes like a monkey he started laughing. The waistband was like a knife in my skin and the musicians “Tararí tararí!” And I couldn’t see Julieta anywhere. She’d disappeared. And me with those eyes in front of me that wouldn’t go away, as if the whole world had become those eyes and there was no way to escape them, And the night moving forward with its chariot of stars and the festival going on and the fruitbasket and the girl with the fruitbasket, all in blue, whirling around… My mother in Saint Gervasi Cemetery and me in Plaça del Diamant… “You sell sweet things? Honey and jam…” And the musicians, tired, putting things in their cases and taking them out again because someine had tipped them to play a waltz and everyone spinning around like tops. When the waltz ended people started to leave. I said I'd lost Julieta and he said he’d lost Cintet and that when we were alone and everyone shut up in their houses and the streets empty we'd dance a waltz on tiptoe in the Plaça del Diamant... round and round... He called me Colometa, his little dove. I looked at him very annoyed and said my name was Natalia and when I said my name was Natalia he kept laughing and said I could have only one name: Colometa. That was when I started running with him behind me: “Don’t get scared… listen, you can’t walk through the streets all alone, tou’ll get robbed..” and he grabbed my arm and stopped me. “Don’t you see you’ll get robbed, Colometa?” And my mother dead and me caught in my tracks and that waistband pinching, pinching, like I was tied with a wire to a bunch of asparagus.

And I started running again. With him behind me. The stores shut with their blinds down and the windows full of silent things like inkwells and blotters and postcards and dolls and clothing on display and aluminium pots and needlepoint patterns… And we came out on the Carrer GRan and me running up the street and him behind me and both of us running and years later he’d still talk about it sometimes: “The day I met Colometa in the Plaça del Diamant she suddenly started running and right in front of the streetcar stop, blam! her petticoat fell down.”

The loop broke and my petticoat ended up on the ground. I jumped over it, almost tripping, and then I started running again like all the devils in hell were after me. I got home and threw myself on the bed in the dark, my girl’s brass bed, like I was throwing a stone onto it. I felt embarrassed. When I got tired of feeling embarrassed, I kicked off my shoes and untied my hair. And Quimet, years later, still talked about it as if it had just happened: “Her waistband broke and she ran like the wind…” 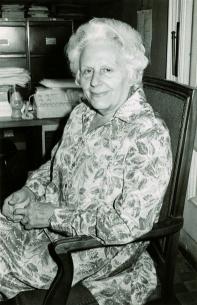